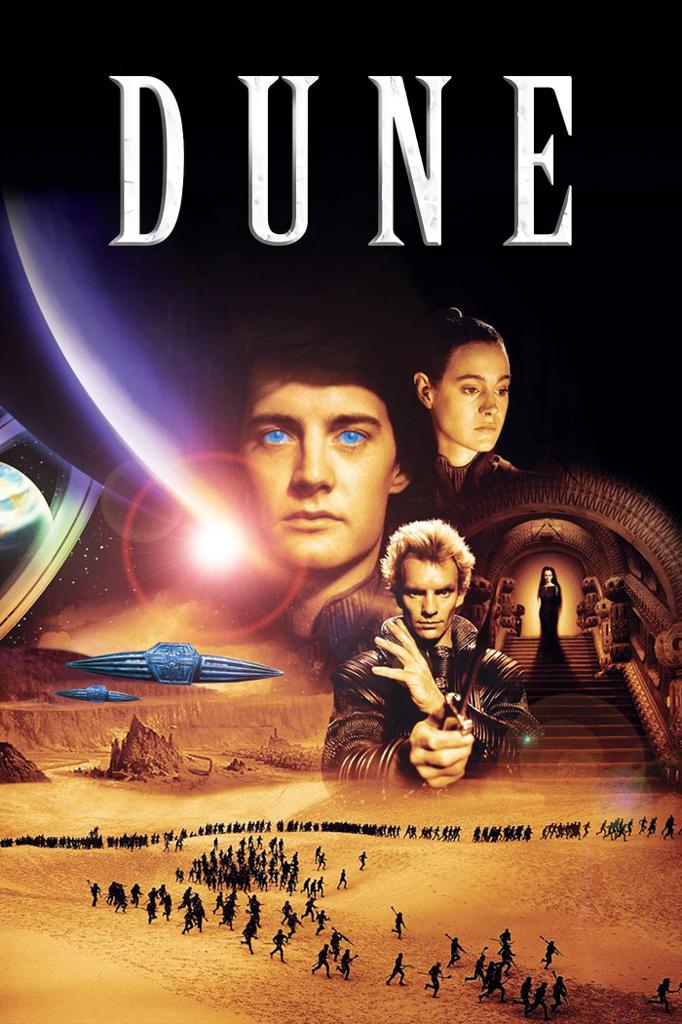 Journey to the world of Arrakis in Dune, the 1984 adaptation of Frank Herbet's epic saga and the next entry in our Lynch Month series.

In the 11th millennium, Galactic Emperor Shaddam IV (José Ferrer) sends Duke Atreides (Jürgen Prochnow), along with his wife Jessica (Francesca Annis) and son Paul (Kyle MacLachlan), to the desert planet Arrakis where “Melange,” a drug essential for interstellar travel, is produced. Unknown to the Atreides family, the Emperor has formed an alliance with the evil Baron Vladimir Harkonnen (a scene-chewing Kenneth McMillan), and a cruel trap has been set. Having survived the violent sabotage, Paul vows to have his revenge, recruiting the Fremen – the peaceful natives of Arrakis – to wage an epic war against the Duke and Baron, and free the universe from tyranny.

Originally met with tepid reaction in 1984, the years have been kind to Lynch's strange, brooding vision and the film has amassed a sizable cult following.

“It gets under your skin, and is marked by unforgettable images and an extraordinary soundtrack.” – Time Out

“As you would expect from visionary director David Lynch, it is a movie of often staggering visual power – the most ambitious science fiction film since 2001.” – Washington Post

“Dune is a huge, imaginative, and cold sci-fi epic.” – Variety