Science Fiction
R Play trailer
Back To What's On 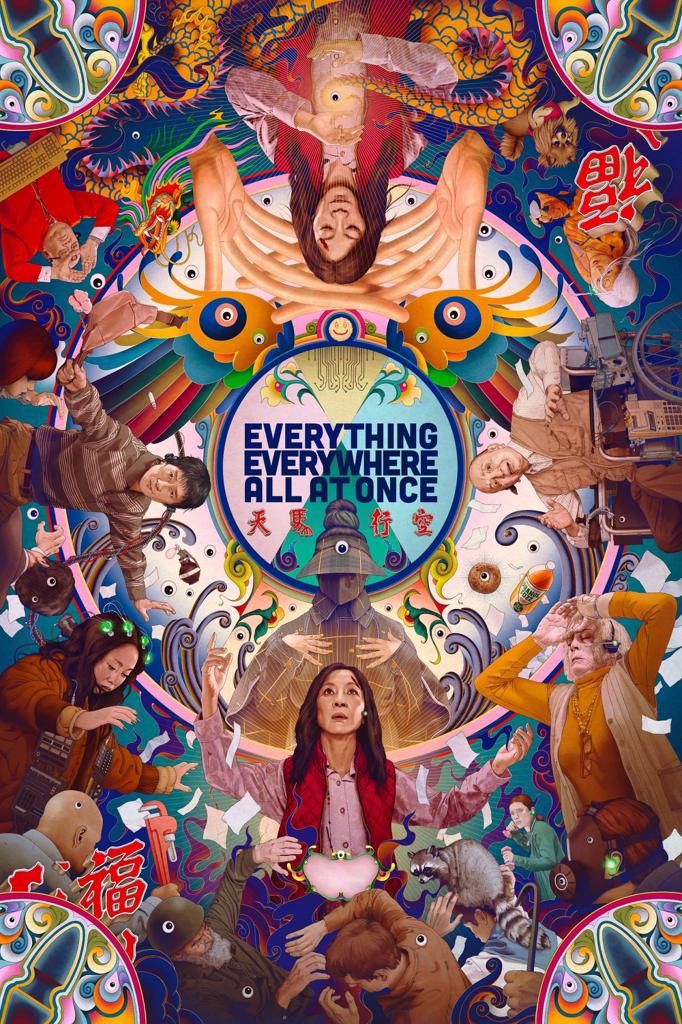 Explore other worlds in A24's Everything Everywhere All at Once, a science fiction film from filmmaking duo Daniels.

An aging Chinese immigrant is swept up in an insane adventure, where she alone can save the world by exploring other universes connecting with the lives she could have led. Unfortunately, this sweeps her up into an even bigger adventure when she finds herself lost in the infinite worlds of the multiverse.

Starring Crouching Tiger, Hidden Dragon's Michelle Yeoh, Everything Everywhere All at Once was the opening film of the 2022 South by Southwest festival.

“The Daniels and their wow of a star Michelle Yeoh turn this visionary absurdist comedy into a volcano of creative ideas in full eruption. It's like nothing you've ever seen.” – Peter Travers, ABC News

"Rich performances collide with big ideas, wrapped in a nuanced understanding of how we treat each other. And there are butt jokes. So many wonderful, dumb butt jokes. What more could you ask for?" – Clarrise Loughrey, Independent (UK)

"Michelle Yeoh's hilarious, mind-bending, existential crisis is exactly what we need. The Daniels knocked it out of the park with this unruly sci-fi adventure worth its runtime." – Ro Moore, WhatToWatch