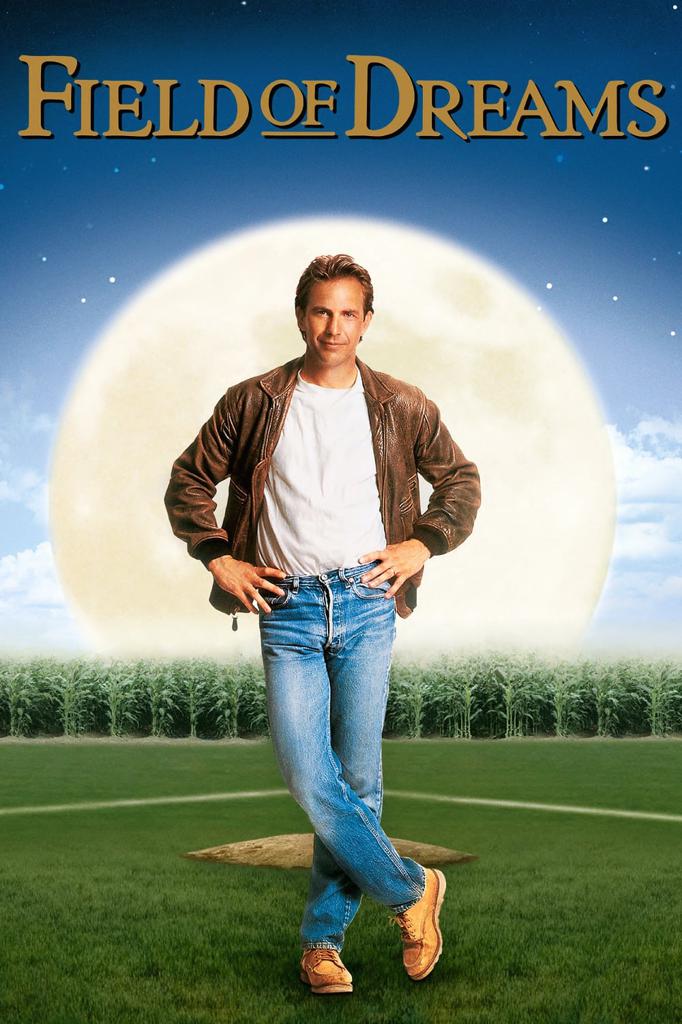 Ray Kinsella (Costner) is a corn farmer living aimlessly in rural Iowa with his wife and daughter. As he ponders over the missed opportunities of his life, he comes across a vision of legendary outfielder “Shoeless” Joe Jackson (the late Ray Liotta) standing directly in the center of a baseball diamond in his cornfield. Inspired by his prophetic whisper of “If you build it, he will come,” Kinsella begins to plow through his corn crop to build a baseball field, paving the way for his dreams, passion, and redemption to reroute the course of his family's life, all with the help of legends from baseball's past.

Featuring Burt Lancaster in his final film appearance, Field of Dreams fuses rich emotion, baseball mythology, and a winning lead performance from Costner to create one of the most renowned feel-good films of the 1980s.

“Situated somewhere between third base and The Twilight Zone, Field of Dreams is a modern-day fairy tale about a noble quest for a grand design.” - Joe Leydon, The Moving Picture Show

“This fantasy drama from director Phil Alden Robinson is a delightful blend of the blind-fate story and the more fanciful feel-good corn of Frank Capra.” - David Parkinson, Radio Times

“Too idiosyncratic and witty merely to wallow in sentimentality, Field of Dreams will surely stand as a classic update of what made Old Hollywood so magical. It's still a wonderful life.” - Mat Snow, Empire Magazine