Documentary
NYR Play trailer
Back To What's On 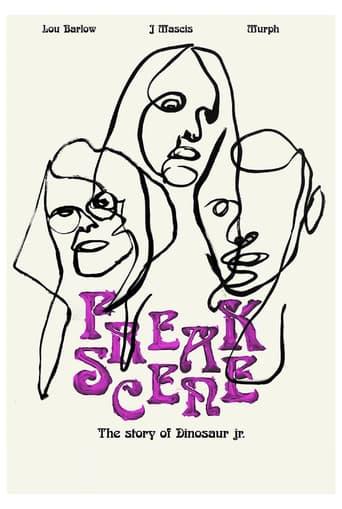 Join us on Tuesday, May 31st for a one-night-only screening of Freakscene: The Story of Dinosaur Jr., an in-depth documentary about the patterned history of one of indie rock's most celebrated bands of the last 35 years.

With extraordinary archive material and interviews, the film tells the complicated story of the band and its two enigmatic figureheads: J. Mascis and Lou Barlow. After meeting in Massachusetts in the early '80s, the pair attempt several bands together before making a breakthrough as Dinosaur Jr. Just as quickly as they find success, however, creative conflicts accumulate, threatening to derail it all.

Featuring exclusive interviews with the band and their contemporaries, including members of Sonic Youth, My Bloody Valentine, and The Pixies, Freakscene: The Story of Dinosaur Jr. is as much a portrait of a groundbreaking period in American music as it is a poignant rumination on friendship.

“More sensitive than sensational, it's a grounded glimpse behind the scenes of one of the more mysterious legends in alt-rock. […] For diehard fans, Freakscene is a new look at a much-loved story, and for newcomers, it's the perfect introduction to the foundations of an iconic band.” - Ali Shutler, NME

“[A] band is a complex relationship, and there's a lot of weirdness in trying to get people to stay together.” - J. Mascis

“It seems to me retrospectively that when I heard one of the first superb Dinosaur Jr. albums in 1987, my 16-year-old artistic unconsciousness was inspired to make a documentary about them. Freakscene is a visual tribute to the dynamite sound and story of the band and their iconic anti-hero members, and I'm thrilled to be working with Utopia on sharing it with the world." - Philipp Reichenheim