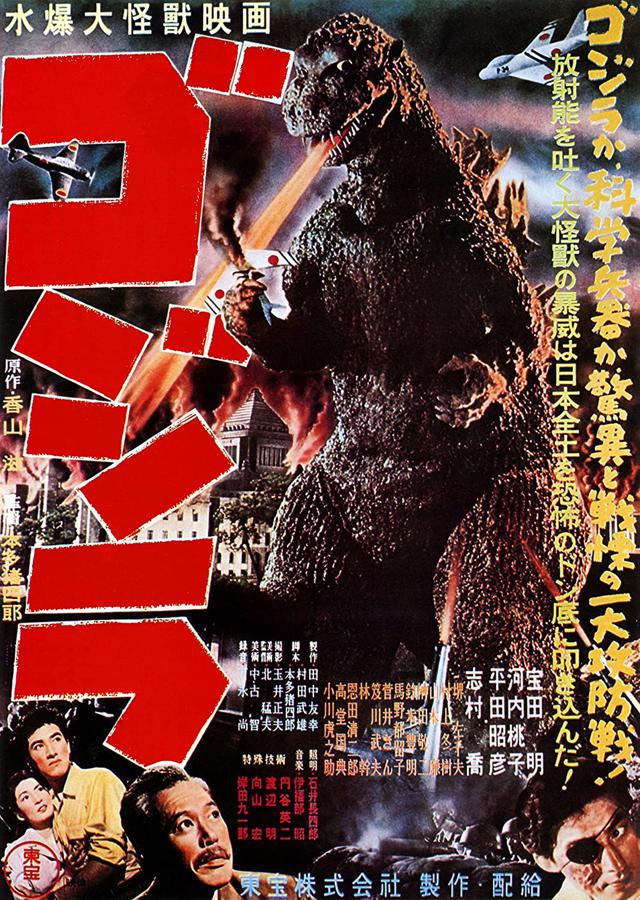 Our June Volunteer of the Month is Max Ney, who has chosen Ishiro Honda's kaiju classic Gojira as his VOTM pick!

The very first entry in the long-running Godzilla series, the film begins with a mysterious attack on a ship off the Japanese coast. As authorities investigate, they soon discover that the responsible party is an aquatic, 50-foot dinosaur awakened by atomic testing. As the creature makes landfall and destroys Tokyo, a reclusive scientist struggles over whether to deploy a secret weapon he has developed against the monster (and risk starting a new arms race) or to keep his terrible secret to himself and allow Godzilla's rampage to continue.

A haunting allegory for the atomic bombing of Hiroshima and Nagasaki, Gojira is also a memorable and emotional origin story for one of cinema's most beloved characters.

“Godzilla has never looked as good as in Honda's original conception, and few sci-fi creatures have equaled the size or impact of its first footsteps.” – Janice Page, Boston Globe

“Its images of the destruction of the cities is far more powerful than in American films, where the cities are trashed for the pure pleasure of destruction, without any real sense of human loss.” – Stephen Hunter, Washington Post

“The sheer fervency of this film takes it beyond the crash-bang entertainment of most blockbusters, ancient and modern.” – Peter Bradshaw, The Guardian