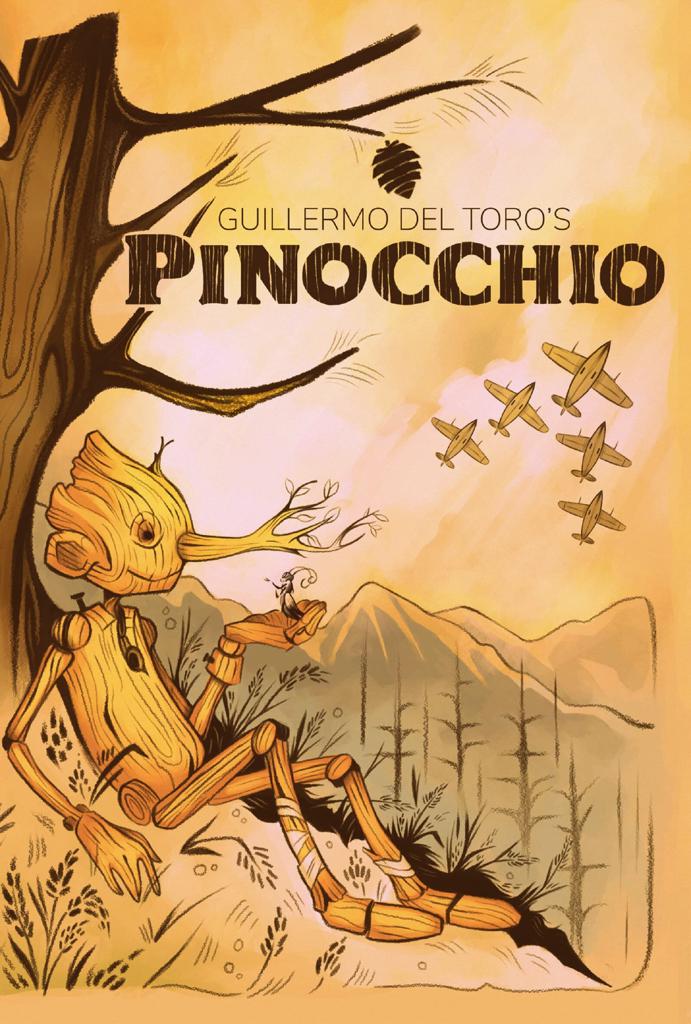 Narrated by Sebastian J. Cricket (Ewan McGregor), the tale follows Master Geppetto (David Bradley), a woodcarver in a small Italian town during the fascist rule of the period between the World Wars. After losing his son Carlo in a bombing, Geppetto, in an act of drunken desperation, carves a wooden boy using wood from the tree that has grown on top of Carlo's grave. That same night, the wooden boy is given life by a Wood Sprite (Tilda Swinton) and is named Pinocchio before being assigned Sebastian as a guide for his conscience. The misadventures then begin, as Pinocchio traverses a world new to him and learns lessons of morality, of the responsibilities of both fathers and sons, and of the death and destruction inherent to fascism that helps illustrate all that is wrong with patriarchal power.

Acclaimed by numerous critics, Pinocchio has touched the lives of many with its profound messages about the human condition, life, and death and seems to be Netflix's strongest ticket to an Academy Award.

“Del Toro has embraced the poetry in craftsmanship and ushered in the most beautiful stop-motion animation film in years.” – Clarisse Loughrey, The Independent (UK)

“Del Toro finds in this oft-told tale both the heart that has allowed it to endure for so long and an idiosyncratic connection that makes his version feel new.” – Sam Adams, Slate

“Guillermo del Toro's Pinocchio is clearly not aimed solely at kids, but rather is banking on the fact that adults, too, will be drawn to the striking visuals and mature themes at play.” – Jocelyn Noveck, Associated Press