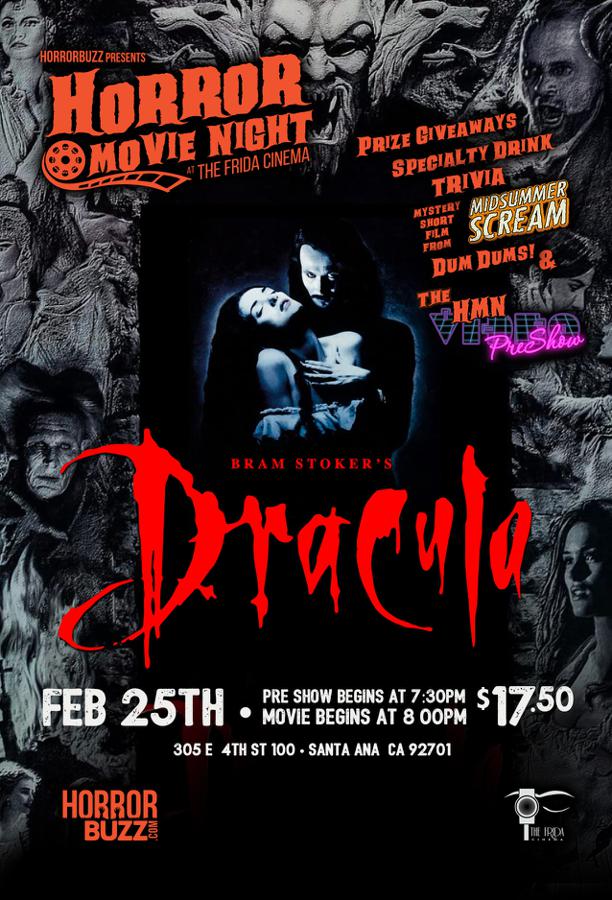 The gloriously overblown Francis Ford Coppola adaptation of Bram Stoker's classic vampire novel comes to life with Bram Stoker's Dracula. Gary Oldman turns in a fiendishly sinister Dracula whose lonely soul is determined to reunite with his lost love, Mina (Winona Ryder). Sadly poor businessman Jonathan Harker's fiancee is the spitting image of Mina and Dracula begins a reign of terror and seduction in pursuit of his lost love.

"Glorious and groundbreaking fantasy cinema, a film that retells the Dracula legend with buckets of visual style, and one that inaugurated a new way of conceptualising the vampire myth: loyal, loving, swaggering, soulful, sexy and hip." - Kevin Maher, Times (UK)

"...it's Coppola's meticulous fingerprints and smudges on each frame that exude exquisite creativity and originality even in a century old tale..." - Taylor Baker, Drink in the Movies