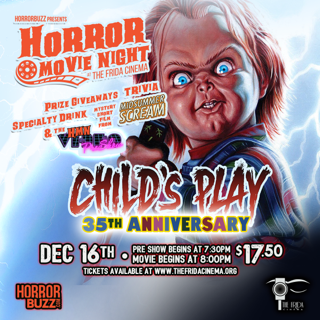 The first entry in a long-running franchise, Child's Play is playing in celebration of its 35th anniversary.

"Scary, yet darkly funny, this thriller of the supernatural from the director of the terrific "Fright Night" moves with the speed of a bullet train and with style to burn." - Kevin Thomas, Los Angeles Times