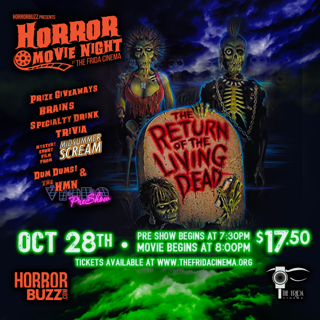 Foreman Frank (James Karen) shows new employee Freddy (Thom Mathews) a secret military experiment in a supply warehouse and the two klutzes accidentally release a gas that reanimates corpses into flesh-eating zombies. The epidemic spreads throughout Louisville, Ky., and the creatures satisfy their hunger in gory and outlandish ways.