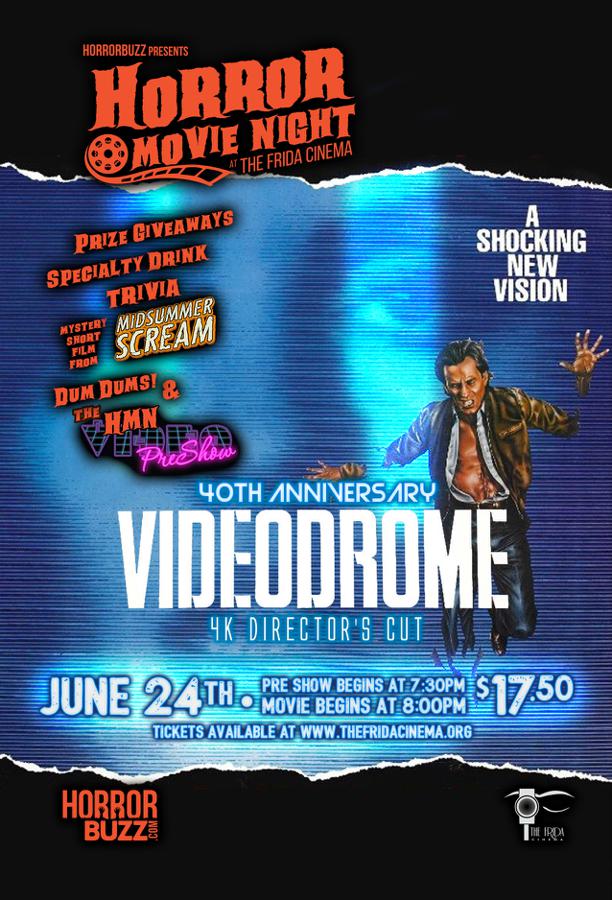 Max Renn (James Woods) is desperate for new programming to attract viewers. He happens upon a new "Videodrome," that features gratuitous torture and punishment. Max sees a potential hit and broadcasts the show on his channel. After his girlfriend (Deborah Harry) auditions for the show and never returns, Max investigates the truth behind Videodrome.

With groundbreaking special effects makeup by Academy Award®-winner Rick Baker, Videodrome is an influential piece of horror that celebrates its 40th anniversary this year.

"Film is dotted with video jargon and ideology which proves more fascinating than distancing. And Cronenberg amplifies the freaky situation with a series of stunning visual effects." - Variety Staff, Variety