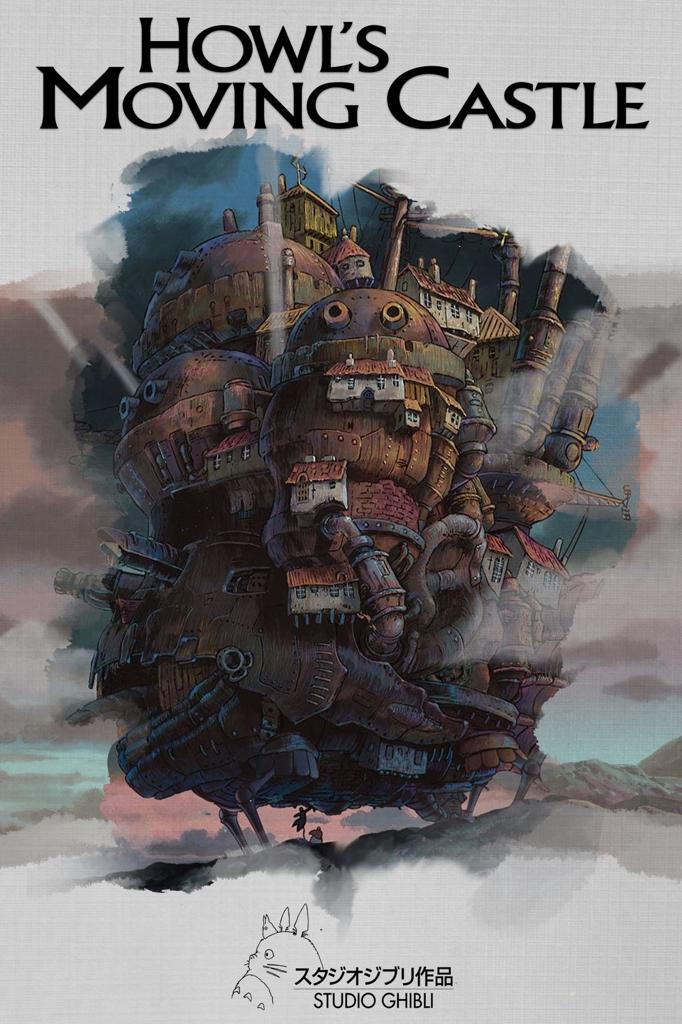 Charge ahead with Howl's Moving Castle, a socially-conscious fantasy film from Hayao Miyazaki and our next Ghibli Year entry.

18-year-old Sophie Hatter has settled into an unremarkable life of managing her late father's hat shop in the magical kingdom of Ingary until late one night, when a mysterious woman comes into the shop and turns Sophie into an old woman. Sophie sets off into the countrywide on her own, determined to break this curse. She crosses paths with the Castle—the enigmatic home of the equally enigmatic wizard Howl. Posing as the newly hired cleaning lady, Sophie makes a deal with the Castle's resident fire demon, Calcifer: if she can break the contract he has with Howl, then Calcifer will break Sophie's curse.

All screenings featured on this listed will be subtitled.