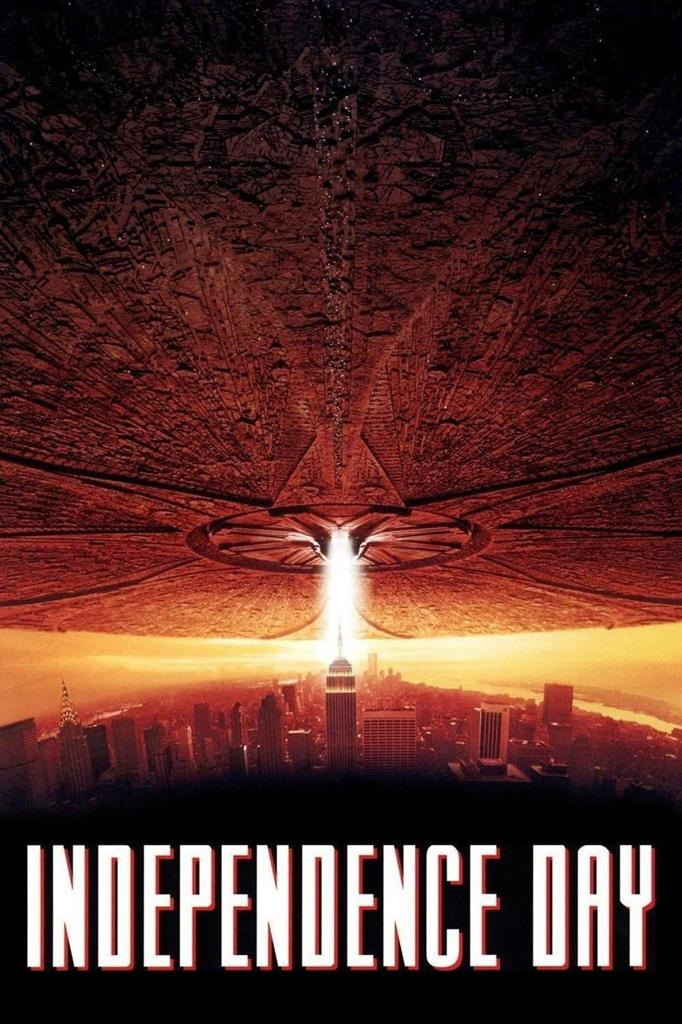 Celebrate July 4th with Roland Emmerich's Independence Day and witness the world's forces unite and fight for our global independence against the greatest threat we've ever faced… an alien invasion.

In the first days of July 1996, a gargantuan alien mothership ominously appears over Earth and sends over a dozen smaller UFOs over major cities around the world. When scientist David Levinson (Jeff Goldblum) figures out just what these UFOs are intending to do, it's too late. The invasion has fully begun. Soon, Marine captain Steven Hiller (Will Smith) knocks down an alien aircraft and brings in a specimen for scientists to examine. The crucial information that they learn from it informs their next step: saving the world.

Independence Day is not just another alien invasion movie: with its underdog tale of survival and triumph against a seemingly insurmountable enemy, you can't help but feel a deep sense of pride and satisfaction seeing the entire world working towards the same goal.

“Imaginatively splicing genres together (sci-fi, disaster, war) as well as cloning winning ingredients from films from Lucas, Spielberg and Cameron files, screenwriters Roland Emmerich and Dean Devlin do not exactly lift us off into any new story dimensions, but rather, they have created a sci-fi story constellation of the brightest star elements.” – Duane Byrge, The Hollywood Reporter