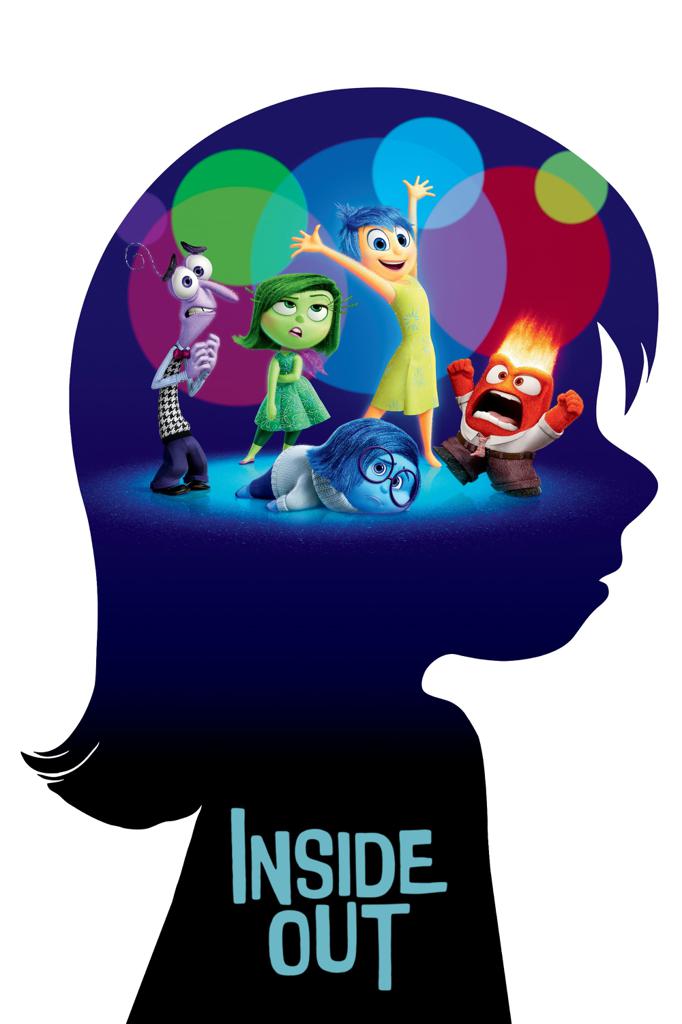 From directors Pete Docter and Ronnie Del Carmen, it's Pixar's 15th feature film and the next entry in our Pixar Parade Summer Matinees series, Inside Out!

This coming-of-age story follows Riley (Kaitlyn Dias), a happy, hockey-loving, 11-year-old girl from the Midwest. However, her whole life gets turned upside-down when she and her parents uproot and move to San Francisco. In the control center in her mind, Riley's emotions — comprised of Joy (Amy Poehler), Fear (Bill Hader), Anger (Lewis Black), Disgust (Mindy Kaling), and Sadness (Phyllis Smith) — advise her day-to-day life. Despite conflict, the emotions, led by Joy, try to guide Riley through this difficult, life-changing event.

Since its release, Inside Out has received acclaim from critics and audiences alike for its craftsmanship, screenplay, subject matter, plot, and vocal performances. The film was nominated for two awards at the 88th Academy Awards and won Best Animated Feature.

“Inside Out is one of the best movies of the year, psychologically astute, witty, imaginative, utterly captivating.” - Nell Minow, AWFJ Women on Film

“Inside Out is designed and presented with the accustomed skill and invention that have been the hallmark of Pixar productions.” - David Stratton, The Australian

“An achievement of world-building and screenwriting in ways that are rarely seen in any movie, let alone an animated film ostensibly aimed at children.” - Cody Dericks, Next Best Picture