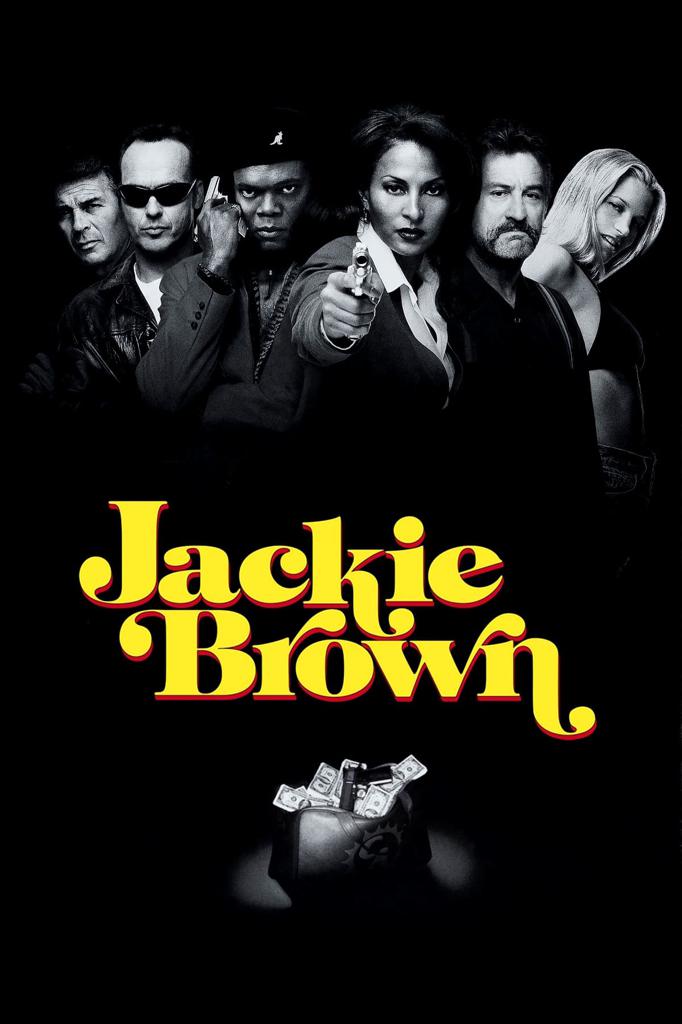 Quentin Tarantino takes us through one hazy trail of a money heist in his third feature, 1997's Jackie Brown.

Jackie Brown (Pam Grier) is a flight attendant smuggling money for LA-renowned gun runner Ordell Robbie (Samuel L. Jackson). After being caught by two determined ATF agents (Michael Keaton and Michael Bowen), Brown is released from jail with the help of a smooth-talking bail bondsman named Max Cherry (Robert Forster). When Robbie spares Brown's life by negotiating a deal to have her smuggle half a million of his money, Brown devises a plan of her own to take the money and flee with Cherry... if they make it out alive.

Based on Elmore Leonard's 1992 novel, Rum Punch, Tarantino uses his first and only novel adaptation to pay bittersweet homage to the blaxploitation films of the 1970s and their legacy, carried effortlessly by his leading lady.

“Consider it a superb Elmore Leonard adaptation by a filmmaker who knows how to serve someone else's material while making it his own.” - Rob Gonsalves, eFilmCritic.com

“These are unquestionably Tarantino's greatest characters, and the actors eat them up with verve.” - Jeffrey M. Anderson, Combustible Celluloid

“The film is more Jarmusch than Peckinpah—its soul is in the minutiae.” - David Edelstein, Slate