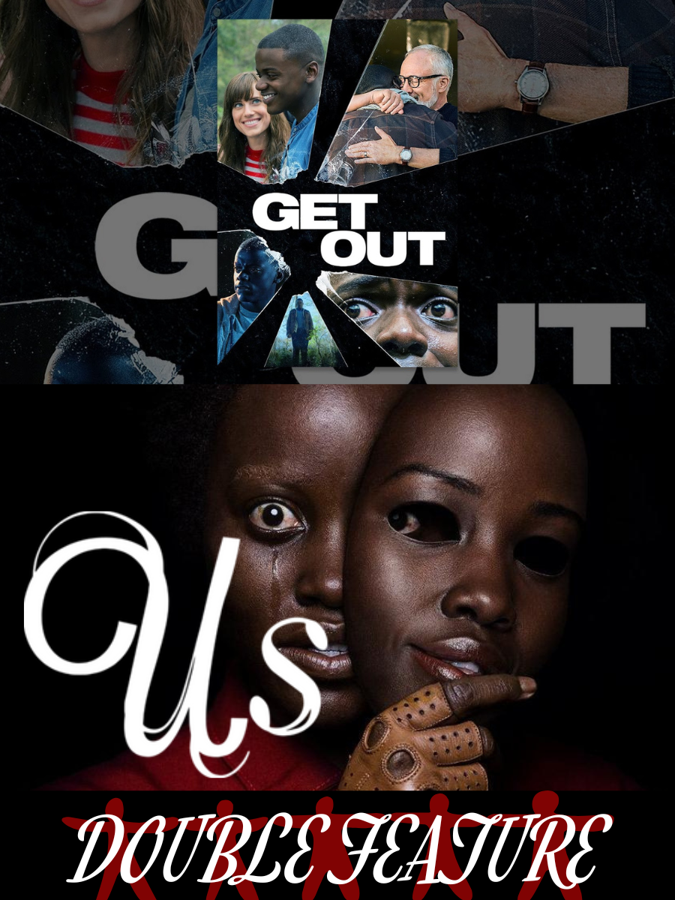 Get a double dose of chills with a Jordan Peele double feature of Get Out and Us!

Get Out starts with photographer Chris (Daniel Kaluuya) asking his white girlfriend, Rose (Allison Williams) if her parents, who they're going to visit, know he's Black. Rose laughs the question off: they aren't racist, she claims, far from it. Once at the house and mingling among the friends and family of Rose's charming parents, Chris starts to notice…strange behavior, both from the way the white people treat him and the empty eyes of the Black guests. As the vibes get even more claustrophobic, he decides to take some advice frantically given: Get out.

Us sees Adelaide Wilson (Madison Curry) and her family decide to return to the beach house that she grew up in. Adelaide is on edge since she has trauma from her upbringing and her intuition anticipates an unknown danger. Four masked individuals arrive at the house and once the masks come off reality sets in for the entire family. The question is: Who are the people behind the masks?

“One of the most original and refreshing films to hit the cinema in years. Jordan Peele's feature debut works as a smart dark comedy, satire and psychological thriller, touching on very relevant issues today.” – Fico Cangiano, CineXpress

"Every element in [Us] serves a purpose and is set up like a chess move, from the soundtrack to the detailed production values. (Be sure to check out the old VHS tapes in a flashback sequence)." - Randy Myers, San Jose Mercury News

"[Us is] A devastating critique of the American Dream with indelible performances by Lupita Nyong'o, Winston Duke and Elisabeth Moss." - Brian T. Carney, Washington Blade