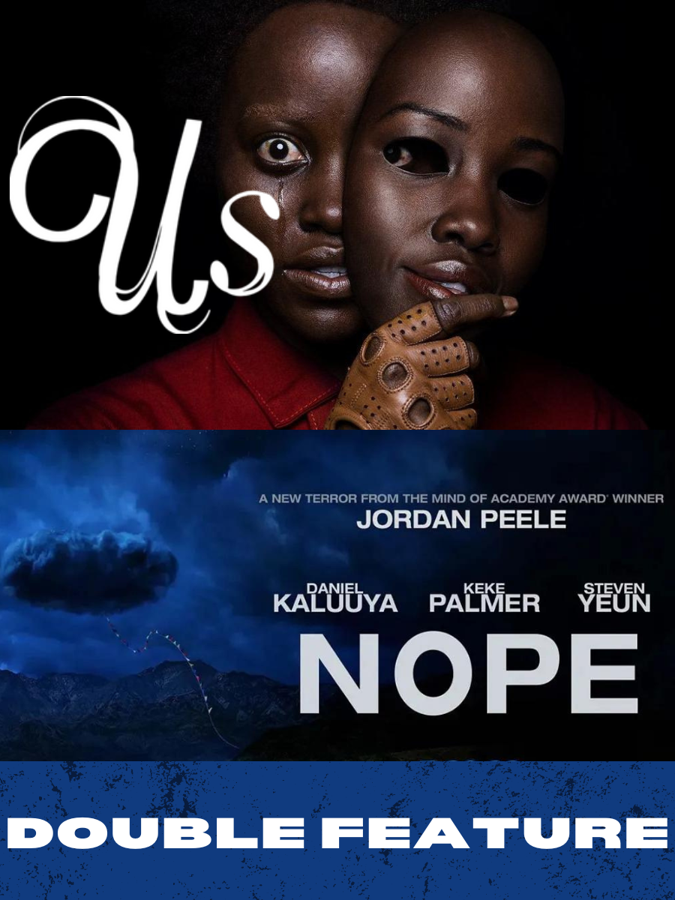 Get a double dose of chills with a Jordan Peele double feature of Us and Nope!

Us sees Adelaide Wilson (Madison Curry) and her family decide to return to the beach house that she grew up in. Adelaide is on edge since she has trauma from her upbringing and her intuition anticipates an unknown danger. Four masked individuals arrive at the house and once the masks come off reality sets in for the entire family. The question is: Who are the people behind the masks?

In Nope, two siblings OJ Haywood (Daniel Kaluuya) and Emerald (Keke Palmer) inherit their father's California ranch after he is struck and killed by an unknown object that fell from the rural sky. The siblings suspect that UFOs are the reason behind their father's mysterious death. Uncontrolled supernatural occurrences eventually start affecting both human and animal behaviors on the ranch without reason.

“Brimming with tension but laced with gaiety so as to never feel hostile, Nope is an operatic and sweeping thriller that celebrates cinema and simultaneously condemns it as an industry built on obscured violence.” - Eric Francisco, Inverse

“[Nope] Feels like a modern take on a classic sci-fi story that would have made a really fantastic episode of The Twilight Zone.” - Patrick Hicks, Feelin' Film Podcast

"Every element in [Us] serves a purpose and is set up like a chess move, from the soundtrack to the detailed production values. (Be sure to check out the old VHS tapes in a flashback sequence)." - Randy Myers, San Jose Mercury News