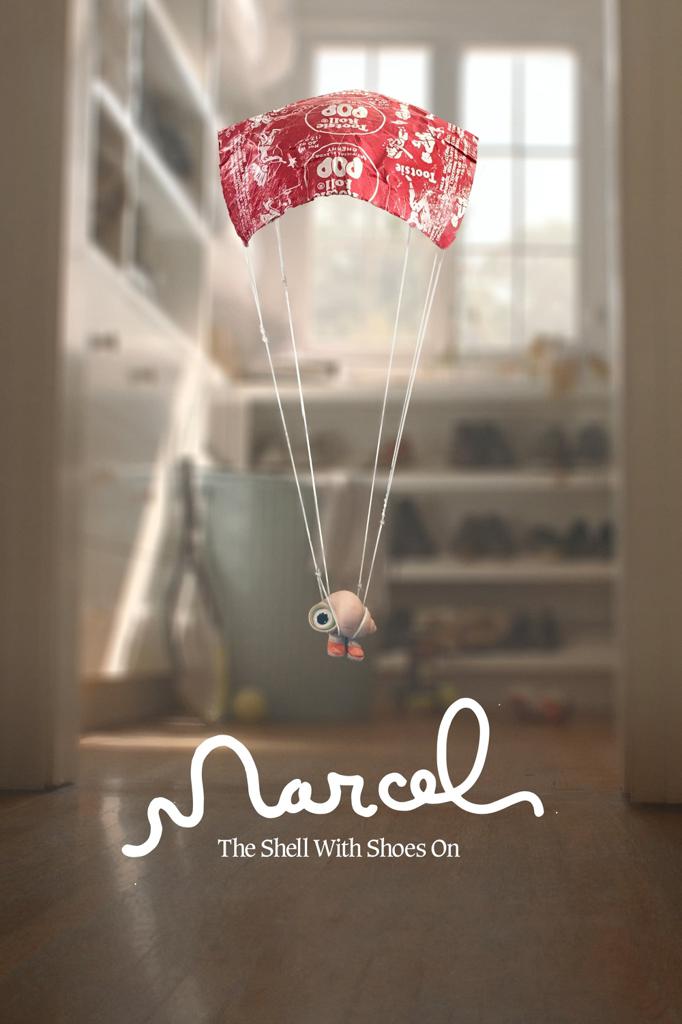 Experience the wonder of Marcel the Shell with Shoes On, a new live-action/animated comedy from A24.

Marcel is an adorable one-inch-tall shell who ekes out a colorful existence with his grandmother Connie and their pet lint, Alan. Once part of a sprawling community of shells, they now live alone as the sole survivors of a mysterious tragedy. But when a documentary filmmaker discovers them amongst the clutter of his Airbnb, the short film he posts online brings Marcel millions of passionate fans, as well as unprecedented dangers and a new hope at finding his long-lost family.A beloved character gets his big-screen debut in this hilarious and heartwarming story about finding connection in the smallest corners

Based on the short film of the same name, Marcel the Shell with Shoes On is a heartwarming story bound to become a classic for the whole family.

"How can a film so disarmingly simple inspire deep feelings about loss, connection, and the meaning of family? I'm not sure I have the answer, but at a time when so many of us are feeling disoriented—or disconnected—a movie like this is especially welcome" — Leonard Maltin, leonardmaltin.com

"The ideal family film should be equally enjoyed by kids and adults, then handed down from one generation to the next... And this delightful heart-warmer belongs in that category." - Randy Myers, San Jose Mercury News