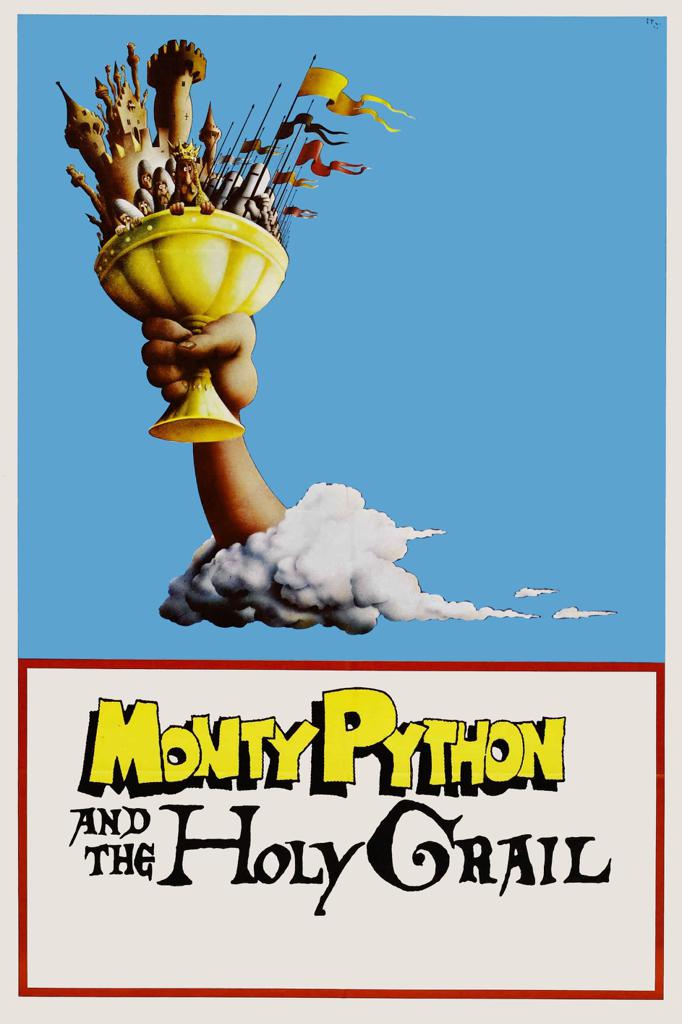 Ride on down - or rather, clap some coconuts on down for Monty Python and the Holy Grail, the British comedy group's hilarious spoof of Arthurian legend!

Sit back and quote along with one of the the funniest, weirdest, and killer-rabbit-est takes on history ever committed to film! A comedic send-up of the grim circumstances of the Middle Ages as told through the story of King Arthur (and framed by a modern-day murder investigation…), Monty Python and the Holy Grail hurls troupe members Graham Chapman, Terry Gilliam, Terry Jones, Michael Palin, and John Cleese into a continuously absurd series of obstacles in their God-given quest to find the mythical Grail — including a famously persistent Black Knight, a three-headed giant, a cadre of shrubbery-challenged knights, the perilous Castle Anthrax, a handful of rude Frenchmen, and of course — one particularly carnivorous rabbit.

As laugh-out loud funny today as it was when it first came out, Monty Python and the Holy Grail remains widely beloved and frequently quoted to this day.

“Represents one of the best and brightest comedies ever to shine from the silver screen.” – James Berardinelli, ReelViews