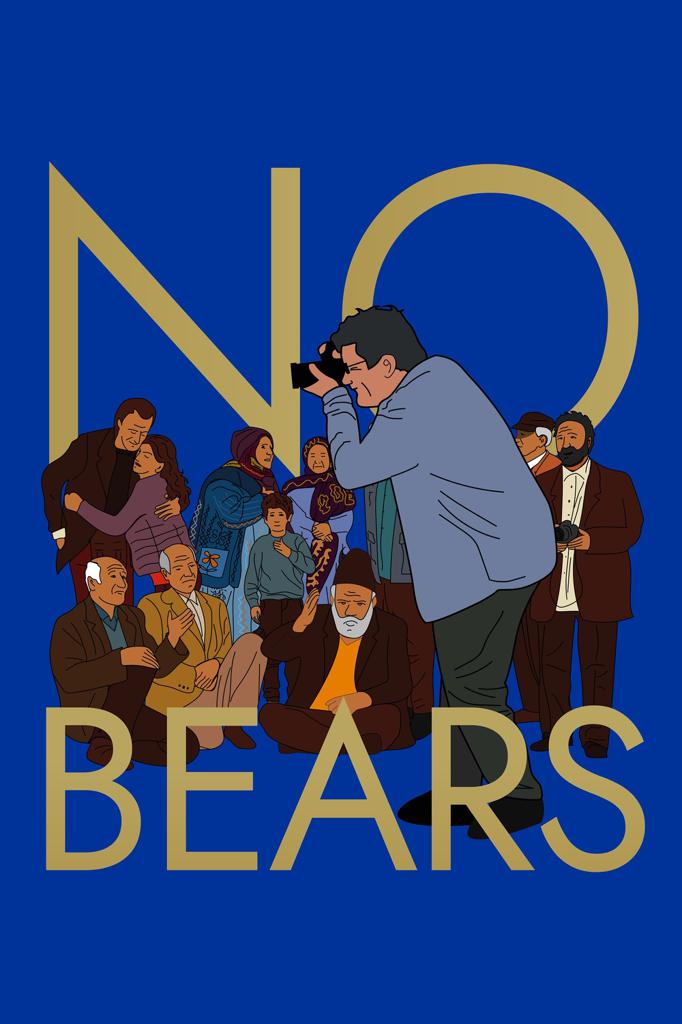 Dive into the endless layers of cinematic humanism within Jafar Panahi's latest film, No Bears, fresh from its premiere at the 79th Venice International Film Festival.

The film follows two parallel love stories that both feature the onscreen involvement of the director. Playing himself, Panahi struggles to direct a film remotely from a Turkish village, as the film is set across a border he cannot traverse without the help of smugglers. Meanwhile, at the village, Panahi finds the story of his film intersecting with the love triangle he inadvertently finds himself feuding against in the most complicated of ways.

Secretly filmed in Iran just two months before Panahi's imprisonment, No Bears is another deeply nuanced piece of self-reflexive cinema from an artist who remains one of the strongest practitioners of film as a means of radical expression.

“The oppression that Panahi and his characters endure are, thus, not much more than arbitrary fairy tales: 'Things are this way because we say so.' Panahi is a warrior, continuing to fight against this authoritarian way of thinking.” — Jeffrey M. Anderson, Combustible Celluloid

“An effective, personalized allegory for the role of cinema within the Iranian theocratic, authoritarian regime and an incisive, yet humanistic indictment of oppression, from a traditional village on up.” — Nora Lee Mandel, Maven's Nest

“In spite of travel bans, house arrests and actual imprisonment... Jafar Panahi has managed to create a body of work that movingly describes life in a censorious theocracy. Banned in Iran, No Bears is a subtle and tricky drama within a drama.” — Paul Whitington, Irish Independent