Adventure
PG Play trailer
Back To What's On 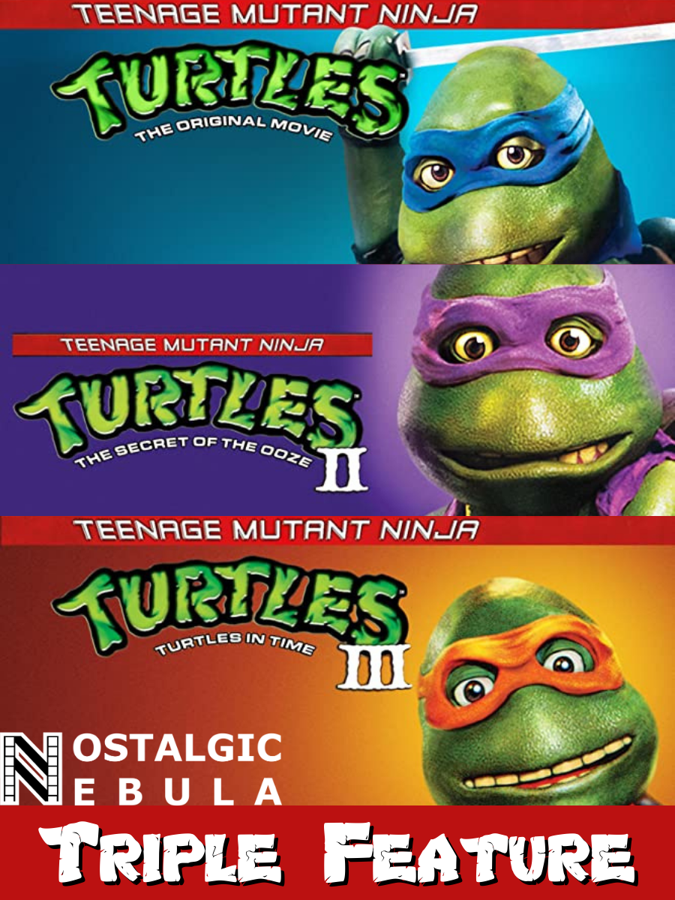 In Teenage Mutant Ninja Turtles, four baby turtles come in contact with a mysterious substance called ooze and then are transformed into human sized crime fighters. The leader of the turtles is a human size rat who has come into contact with the same green ooze. The rat was a former pet of a ninja master and therefore uses his skills to train the four turtles in martial arts. They befriend a local journalist and with her help attempt to find the group behind a crime wave in New York City.

In Teenage Mutant Ninja Turtles II: The Secret of the Ooze, the Shredder returns, and this time he's got back-up! Armed with the titular ooze, he uses it on a snapping turtle and wolf, mutating them into the powerful Tokha and Rahzar. It's up to the Turtles, with the help of April O'Neill (Paige Turco) and a friendly scientist (David Warner), to take the fight to the Shredder once again and save the day!

The trilogy wraps up with Teenage Mutant Ninja Turtles III: Turtles in Time, the Turtles find themselves hurled back through history by the Sacred Sands of Time. Transported to feudal Japan, the four heroes ally themselves with villagers rising up against the heavy-handed rule of the local lord. Will the Turtles be able to help the villagers in their struggle for freedom and find their way home, or will they be lost in time forever?