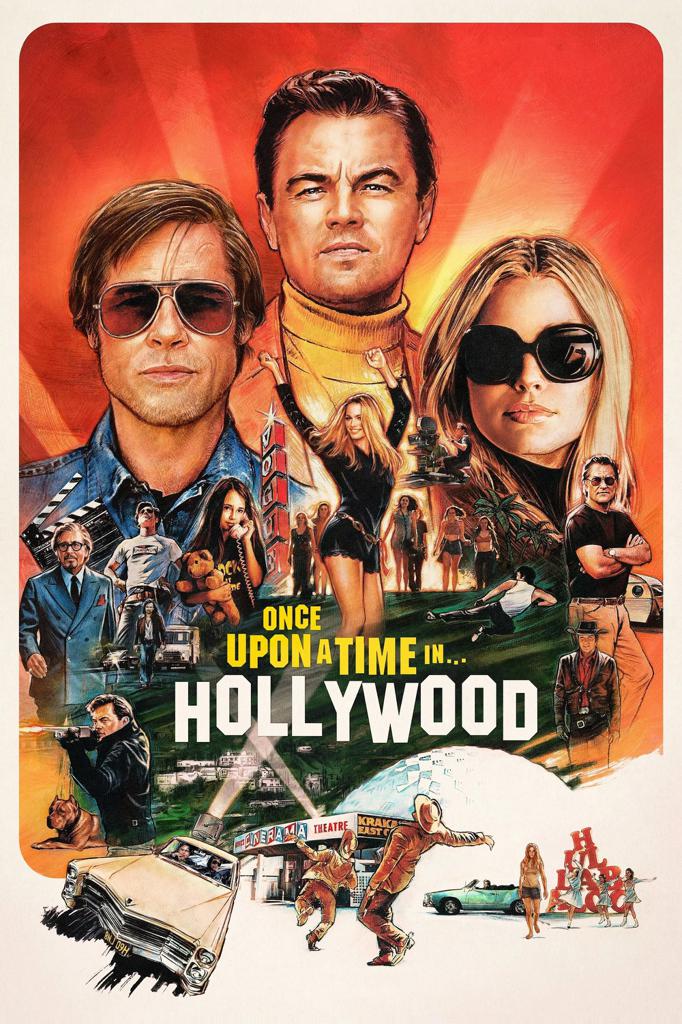 During the Golden Age of Hollywood in 1969, Rick Dalton (Leonardo DiCaprio) is the leading face of beloved TV western Bounty Law. He desperately tries to keep his star from fading by seeking work with his best friend and stunt double — the mysterious Cliff Booth (Brad Pitt). As Dalton contemplates his future, he and Booth bear witness to an industry threatening to leave them in the dust and an era on the cusp of a tragic end. Amongst attempts at redemption and dangerous encounters walks the luminous figure of Sharon Tate (Margot Robbie), bringing Dalton and Booth together in a most unexpected way.

A $90-million recreation of a period long lost, Tarantino ushers in his most personal film with explosive provocation and pitch-perfect detail, both carried by a current of bittersweet fantasy.

“It might be closing time in Tarantino's Hollywood, but he just wants to make sure we leave the lights on. If Hollywood gives studios the reassurance that movies like this still matter, maybe they'll still glow.” - Cory Woodroof, Williamson Home Page

“The nightmares of American history can be replaced, if only for a little while, with the dreams of American movies, and the cult of Hollywood emerges as powerful as ever.” - Katie Duggan, Screen Queens

“[A] shaggy dog story wrapped in a fairytale […] Tarantino respects the Chekhovian rule that if you show a flamethrower earlier in the movie, you have to use it later.” - A.S. Hamrah, The Baffler