Science Fiction
NYR Play trailer
Back To What's On 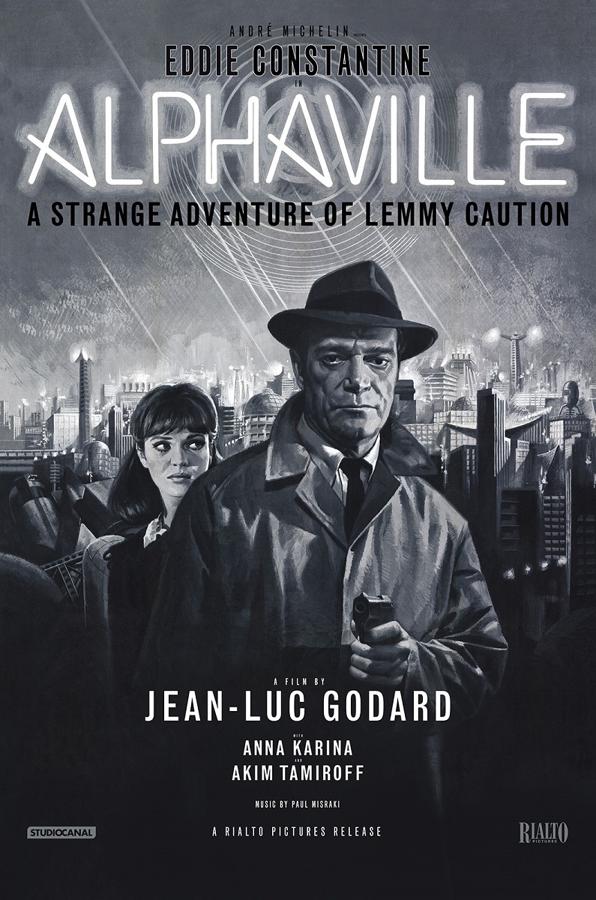 Lemmy Caution, a secret agent from New York, enters the isolated city of Alphaville, which is ruled by a computer system where human emotion and sentimentality are things punishable by death. While on a mission to meet her father, he meets Natacha (Anna Karina). As he shines a light into her oppressive world, she begins to wake up. But will either of them be able to escape a way of life where words are erased from the dictionary daily?

Depicted in the future but without the use of futuristic sets, Alphaville won the Golden Bear award at the 15th Berlin International Film Festival in 1965.

“Nothing about this strange, moving work of agit-pop has ever seemed out of date. If anything, [Alphaville] moves closer to relevance with every passing year.” — Ty Burr, Boston Globe

“[P]art of the conceptual brilliance of Alphaville can be seen in the various ways that Godard folds in other historical and geographical markers that exhibit related traits and tendencies: memories of the French Occupation in Orphée […] the Franco-American ambience of Lemmy Caution thrillers […]” — Jonathan Rosenbaum, Sight and Sound