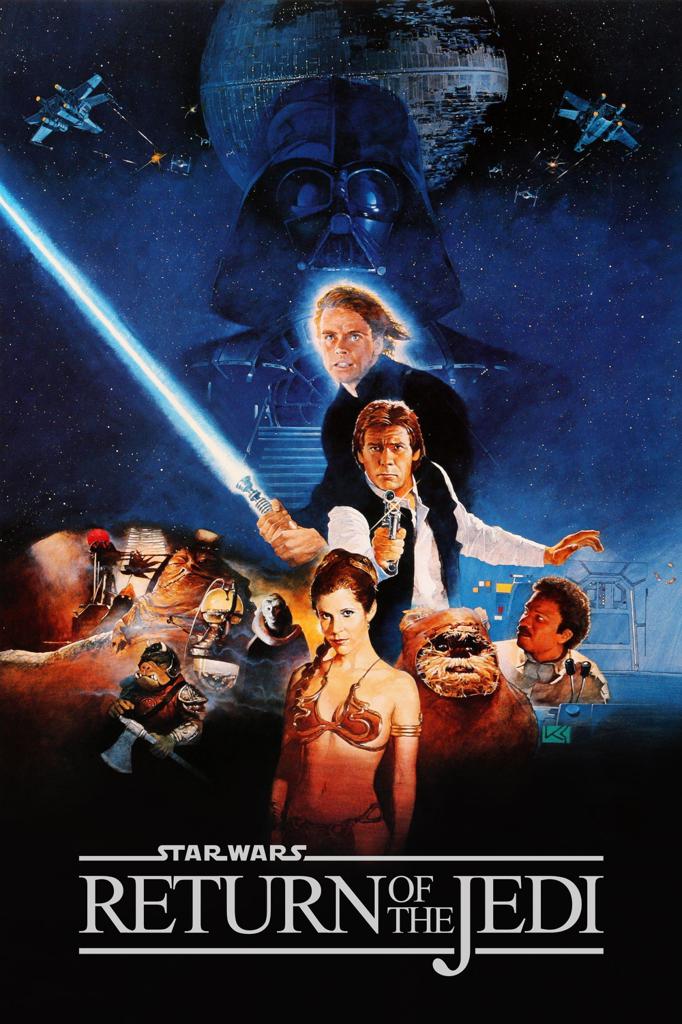 Witness the triumph of the Force in Star Wars: Episode VI - Return of the Jedi, the penultimate film in our The Cinematic Experience series.

In the epic conclusion of the saga, the Empire prepares to crush the Rebellion with a more powerful Death Star, forcing the Rebel fleet to take major countermeasures. Assembling a massive attack on the space station, the Rebels also send a team to the planet Endor to ally with the native Ewoks and take out the shield generator protecting the Empire's deadly weapon. Meanwhile, Luke Skywalker confronts Darth Vader in a final climactic duel before the evil Emperor.

A spectacular end to one of the most beloved film trilogies in history, Star Wars: Episode VI - Return of the Jedi is an action-packed space opera best viewed on the big screen.

“'Return of the Jedi,' the final act of George Lucas' first 'Star Wars' trilogy, is the best one yet.” – Michael Blowen, Boston Globe

“t's everything it ought to be -- glorious, exhilarating, exciting, absorbing, technically wondrous. But there also is something bittersweet in the knowledge that, with Jedi, we are bidding a fond farewell to all of the characters we got to know so well." – Rena Andrews, Denver Post

“With this last of the central Star Wars cycle, there is the sense of the closing of a circle, of leaving behind real friends. It is accomplished with a weight and a new maturity that seem entirely fitting, yet the movie has lost none of its sense of fun." – Sheila Benson, Los Angeles Times