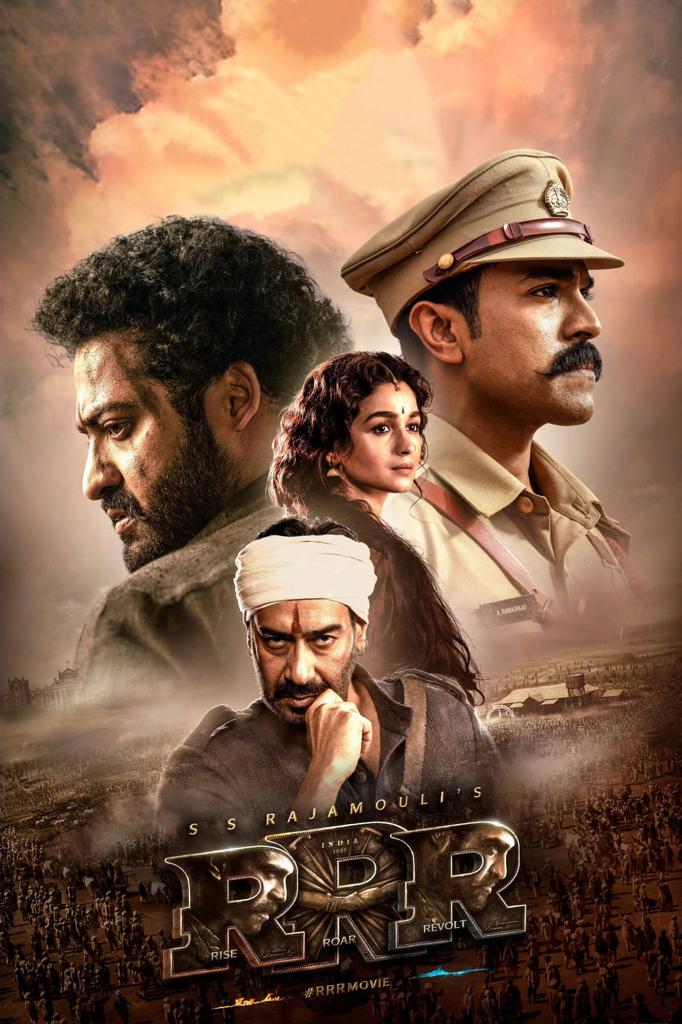 When an indigenous girl named Malli is taken by a tyrannical British governor during 1920s India, police officer Rama Raju (Ajay Devgn) embarks on a journey to prevent her tribal protector Komaram Bheem (N.T. Rama Rao Jr.) from rescuing the missing girl. Intertwined by mutual heroism and common enemies, the two inadvertently develop a friendship and bolster their revolutionary spirit during their competing missions. These dueling heroes both clash and cooperate as echoes of Indian history and mythology permeate their struggles for identity and righteous victory.

Provocative, moving, and the most expensive Indian film at the time of its release, RRR debuted to set all-time box office records amidst universal critical acclaim.

“The energy and broad-strokes excitement of 'RRR,' the sheer craft that has gone into its excess, make it the kind of addictive live-action cartoon Hollywood strives so hard to manufacture and so often fails at.” – Ty Burr, Ty Burr's Watch List

“RRR is maximum cinema, the kind of in-your-face, colorful, fiery, loud, awe-inspiring experience you really can only get from the movies.” – Nitish Pahwa, Slate