Special Event
NR Play trailer
Back To What's On 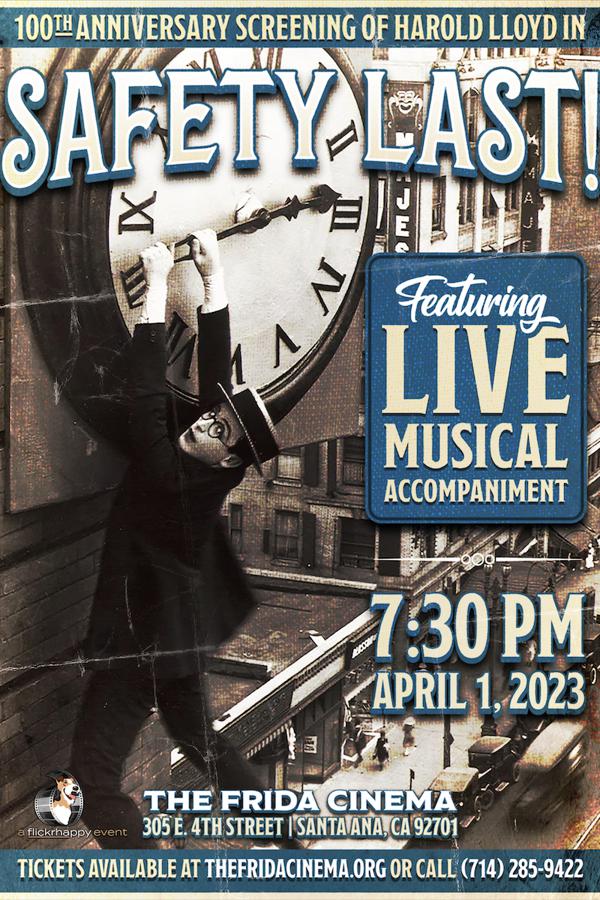 Join us on Saturday, April 1st for a very special 100th anniversary of Safety Last!, starring the incomparable Harold Lloyd!

Lloyd plays a small-town bumpkin trying to make it in the big city, who finds employment as a lowly department store clerk. He comes up with a wild publicity stunt to draw attention to the store, resulting in an incredible feat of derring-do that gives him a head start on the climb to success.

Released originally in 1923, Safety Last! was selected for preservation in the United States National Film Registry by the Library of Congress as being "culturally, historically, or aesthetically significant" and was included on AFI's “100 Years… 100 Thrills” list. The film stands as a masterpiece of practical effects, thrilling stunt work, and comedy that continues to influence films and filmmakers to this day.

"Harold Lloyd manages to make the characters sympathetic enough to carry the audience's concern on his journey of crazy stunts and mishaps. One of the best of this era." - David Parkinson, Empire Magazine

"The other great silent comics defined their own worlds; Lloyd lives dangerously in ours." - Dave Kehr, Chicago Reader

"On video, Safety Last! is a certified treat, but in packed movie houses, with audiences invariably gasping and giggling on every cue, it's a near-religious experience." - Peter Canavese, Groucho Reviews