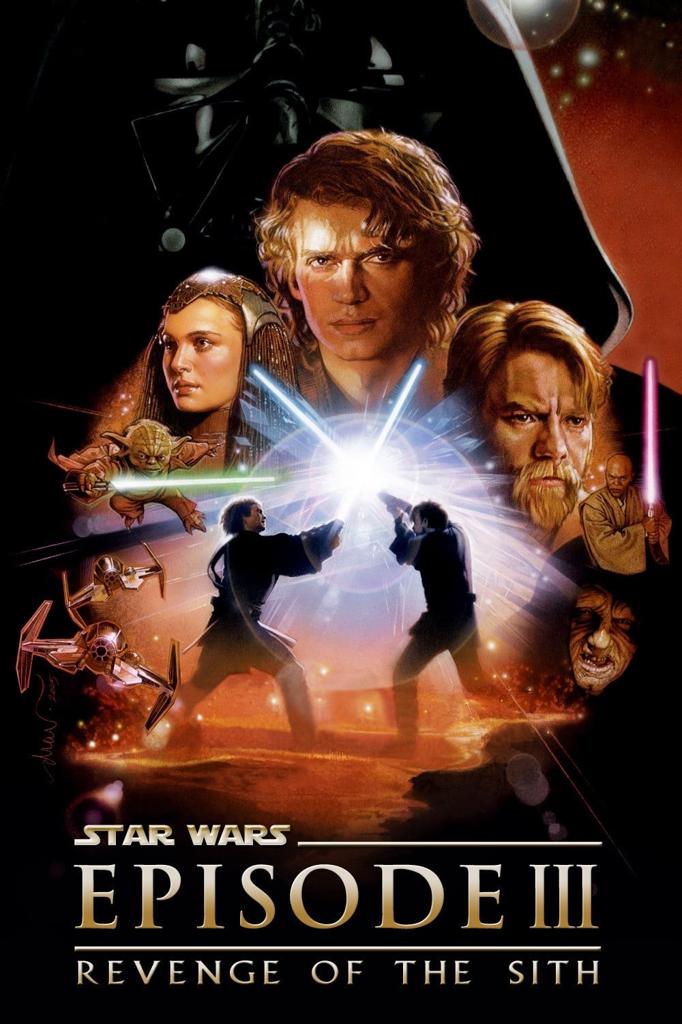 From director George Lucas, the third and final film of the Star Wars prequel trilogy, Star Wars: Episode III – Revenge of the Sith.

Three years have passed since the Clone Wars have begun. Jedi Master Obi-Wan Kenobi (Ewan McGregor) and Jedi Knight Anakin Skywalker (Hayden Christensen) rescue Chancellor Palpatine (Ian McDiarmid) from General Grievous, the commander of the droid armies. However, Grievous manages to escape. Suspicions arise within the Jedi Council concerning Chancellor Palpatine, with whom Anakin has formed a bond. Asked to spy on the chancellor and full of bitterness toward the Jedi Council, Anakin embraces the Dark Side.

Since its release, Revenge of the Sith has received positive reviews from both critics and fans alike and is considered to be the best of the prequel trilogy for its mature tone, emotional weight, action sequences, score, and visual effects. Like each film of the original trilogy, the film won the Saturn Award for Best Science Fiction Film, as well as Best Music, in addition to being nominated in eight other categories.

“Revenge of the Sith is the film which puts the opera in space opera; no other Star Wars film has done it better.” - Joshua Starnes, VitalThrills.com

“A grave and vigorous popular entertainment, a picture that regains and sustains the filmic Force [Lucas] dreamed up a long time ago, in a movie industry that seems far, far away.” - Richard Corliss, TIME Magazine

“[Lucas'] imagination is as fertile as ever.” - Craig Outhier, Orange County Register