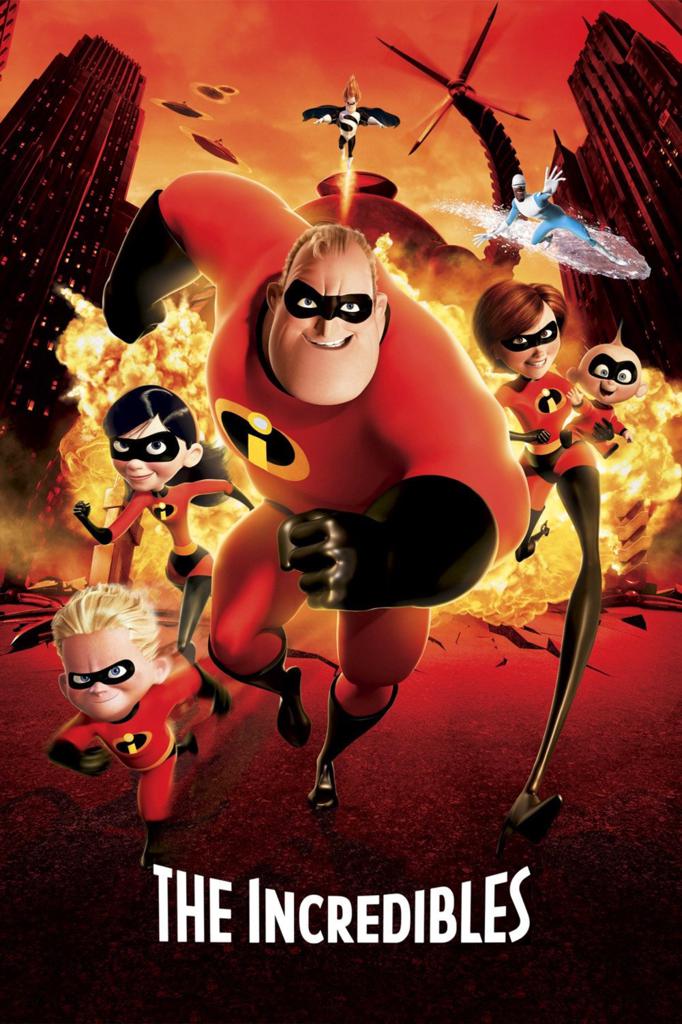 Grab your supersuits—but NO CAPES—and fly over to see the animated superhero spy-thriller, The Incredibles, playing as part of our Pixar Parade Summer Matinee series!

Fifteen years ago, they were known to the world as superheroes Elastigirl and Mr. Incredible. Now, they're only ever called Mom and Dad. Forced into hiding by the government, the world's most superpowered crime fighters adopt civilian identities and retreat to the suburbs to live "normal" lives. Bob and Helen Parr are resigned to raising their three superpowered children, Violet, Dash, and Jack-Jack, until a mysterious communication summons Bob to a remote island for a top-secret assignment.

Brad Bird's CG follow-up to his awe-inspiring The Iron Giant comes cloaked in another postwar milieu ripped from comic book pages. Winner of the Academy Award for Best Animated Picture and Best Sound Mixing at the 2005 Oscars, The Incredibles is a timeless Pixar classic.

“[The Iron Giant] had a charm and delicacy that was unique in the genre, and The Incredibles, too, has special qualities, especially in the subtle ways it observes its gifted characters trying to dumb down and join the crowd. […] Grown-ups are likely to be surprised by how smart the movie is, and how sneakily perceptive.” – Roger Ebert, Chicago-Sun Times

“The Incredibles is a universe unto itself, a dream characterscape inspired, in no particular order, by '50s moderne, the disreputable glamour of James Bond movies, and the evergreen allure of superhero lore. Grown-up without being staid, and silly without being ridiculous, it's that rare family movie that also works as a date movie for kids of all stripes.” – Stephanie Zacharek, Salon

“This is a sort of gumbo of all the adventure movies and spy movies and comedies and TV shows and comic book things that I liked as a kid, kind of stirred together with my own personal family stuff - both the family that I grew up in and the family that I have now with my wife and sons. It's just kind of a gumbo of all that stuff stirred together. It's supposed to feel like a lot of things and nothing.” – Brad Bird