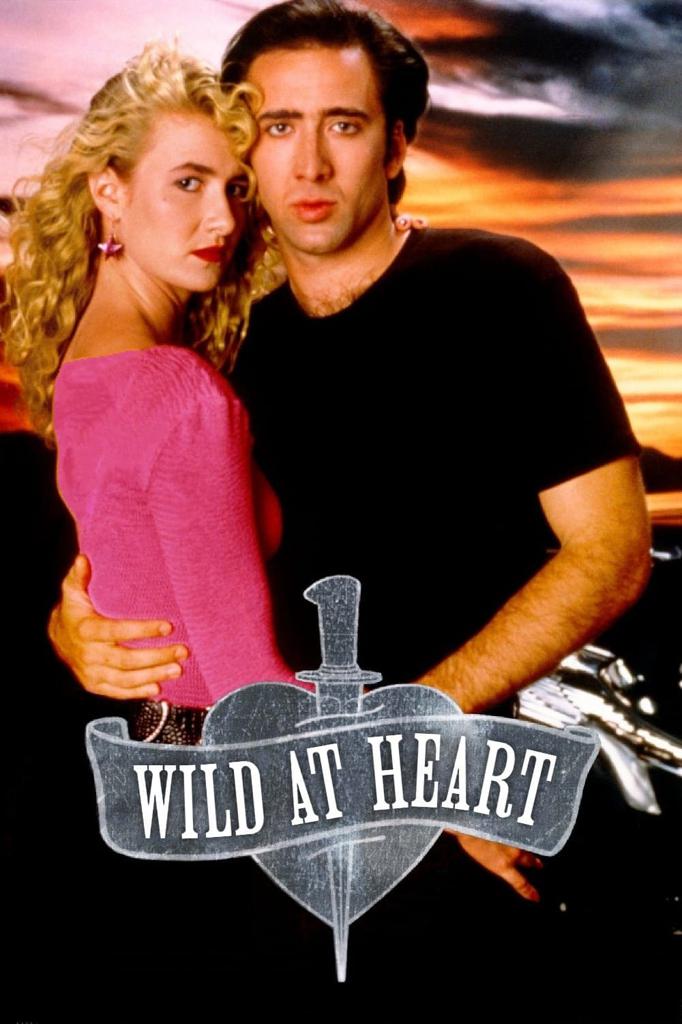 Follow the Yellow Brick Road of David Lynch's disturbingly romantic fable Wild At Heart, the next entry in our Lynch Month series.

Produced and released between the first two seasons of Twin Peaks, Wild At Heart tells a similarly shocking story about young lovers escaping the clutches of evil in the American heartland. Nicolas Cage stars opposite Laura Dern as the wild couple – Sailor & Luna – who only love music, dancing, and each other. They drive cross country to escape Luna's wicked mother Marietta Fortune (deliriously played by Dern's actual mother, Diane Ladd), who hires contract killers to take out Sailor and bring Luna home.

Despite its shocking and violent imagery, Wild At Heart earned the top Palme d'Or prize at the Cannes Film Festival – still the only film of Lynch's to do so! – and earned Diane Ladd a nomination for best supporting actress at the Academy Awards.

“Staring with the outrageous and building from there, he ignites a slight love-on-the-run novel, creating a bonfire of a movie that confirms his reputation as the most exciting and innovative filmmaker of his generation.” — Peter Travers, Rolling Stone

“You buy the feelings, even as the situations degenerate into the ludicrous and absurd.” — Dave Kehr, Chicago Tribune