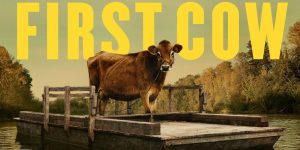 Nobody opens a film like Kelly Reichardt. It’s normally within the first few seconds of each one she has directed that the way she evokes a sense of air – gentle and ambiguous, yet all the more commanding, makes itself immediately present. From the outdoor ambiance that opens Old Joy, to the train depot paving the way to the dolly shot that introduces Wendy and Lucy’s titular characters – arguably as beautiful and heartbreakingly prescient an opening as you’ll ever find in any movie.

Each story she has told is drastically different from what preceded it, but what binds the tie of each one is her ability to conjure a feeling that may be slow and methodical, but all you really need to do is absorb it. Almost as if you don’t necessarily watch her films, but rather you let them wash over you; not unlike the Oregon landscapes that have become a staple of her work.

That feeling was laid upon by her 1994 debut River of Grass and it has only strengthened over the following quarter-century of her career. It’s grown alongside her in many ways, and it’s by the time that we reach her seventh, and newest feature – First Cow, where everything that had defined her as an artist has now conjoined in an almost retrospective way. It’s all too appropriate that it happens to be a period piece.

This tale of survival and the struggle of codependency in nineteenth-century Oregon is actually Reichardt’s second, but comparisons to her 2010 western Meek’s Cutoff don’t stop there. Reuniting with that same film’s writer, Jonathan Raymond – who adapts his own novel The HalfLife, as well as its DP, Christopher Blauvelt – who has also shot all of her films ever since they apply seemingly the exact same visual format.

The 4:3 aspect ratio condenses the space yet complements its period setting just as easily as its 35mm photography. All of these returning elements, and yet not once is it ever derivative of that previous film. It feels just as new as each one that came before, but nonetheless a product that couldn’t have come from any other mind.

Reichardt’s stories are usually self-contained, with the backdrop of something far bigger than the characters looming not too distantly. The characters we follow in this instance are named Cookie and King-Lu – two quiet souls that meet on a tense foundation. Cookie is a baker accompanying a group of fur-trappers, seeking and providing food for a crew that returns the favor with distrust and adversity. King-Lu is a Chinese immigrant who Cookie finds naked in a forest, having disposed of his wardrobe after fleeing from vengeful Russians, and is soon taken into protection by Cookie.

Despite the tension of these conflicts, all it takes for them to resolve is time itself. And by just as much happenstance as last time, they both meet again – this time willing to make something happen for each other. In comes the titular cow.

On a raft just big enough floats a prized milk cow from Britain. Just her entrance alone induces a sense of royalty. She is the first in Oregon territory as the property of a wealthy governor, and she just so happens to be the golden component of Cookie and King Lu’s plan to realize their potential in a world slowly adapting each day to something more capital.

Things naturally complicate, but the sensations you’d normally expect from your typical underdog business story won’t be found here, and neither will the familiarity of this kind of story ultimately even matter, because Reichardt is far more occupied with the atmosphere and chemistry our two leads share; even through the gaps of silence that take up most of their time onscreen. The words they exchange are minimal, but only the opposite can be said in the way they share the same space. The way they bake their oily pastries that propel them to quick success. The way they embrace when it’s all they can do.

I have heard many others compare the film to Reichardt’s 2006 road movie Old Joy, which I understand but at the end of the day seems like the easiest comparison to make.

While the element of intimate male bonding soundtracked by a gentle Yo La Tengo-Esque score is one that both films certainly share, First Cow, to me at least, is nothing more-or-less than a perfect amalgamation of Kelly’s work. It is indeed the male friendship of Old Joy, but it is also the shaggy outlaw folktale of River of Grass. The friendship corrupted by capitalism in Wendy and Lucy. The revisionist Western of Meek’s Cutoff. The haunting Oregon environments of Night Moves. The tenderness of Certain Women. Everything above uniting to produce something that deservedly should’ve been a breakout film.

The fact that First Cow was released mere days before every major theatre in the U.S. shut down indefinitely, only to be shoved into a format it was so clearly not meant to be exhibited in, is nothing but a wholehearted sadness for everyone involved. But at the same time, it’s just as easy to ponder how things should’ve been as it is to forget how lucky we should be that Reichardt is still able to give us these stories twenty-six years onward.

The weaving of each of her films is so delicate, the sound they would make upon hitting the floor would be deafening. It is far and above a testament to any filmmaker that even your most accessible work is still very much your work. Ironically, the difference that Kelly Reichardt makes is that her films don’t even need a zeitgeist. They drift gently and kindly, and if they happen to catch your attention, all the more better.