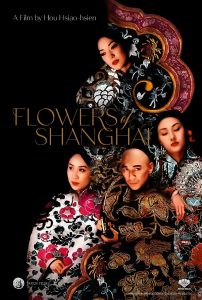 Link to purchase tickets to stream this film in our Virtual Cinema will be available on Friday, November 27th (Thursday at Midnight) until Thursday, December 24th. To purchase and stream, click the button below!

“An emotionally shattering masterpiece … Flowers of Shanghai is one of the most sublimely beautiful films I’ve ever seen.” – Manohla Dargis, LA Weekly

“One of the cinematic highpoints of the ’90s.” – Phillip Lopate, The New York Times

LOVE this theater..OMG. I’ve been here several times now for different events. I’ve attended 2 of the 3 Scott Pilgrim events thrown by Cinemattack. I was even the lucky winner of the Scott Pilgrim album on vinyl. I don’t have a record player..but may as well be a trophy for me because I never win anything! lol. I also attended “The Last Unicorn” event with Peter S Beagle- the author speaking and answering a Q and A afterwards. This was so awesome. I have always loved loved this movie and it was … END_OF_DOCUMENT_TOKEN_TO_BE_REPLACED