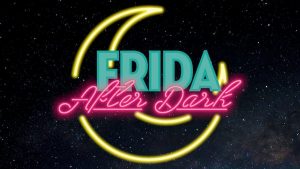 Join us as we kick this September off with a boom! With yet another installment in the Rambo film franchise set to hit theaters, it’s only right to return to what started it all.

Sylvester Stallone is a powerhouse in his iconic role of John J. Rambo, a veteran Green Beret who wanders into a small town after traveling to visit an old army friend. Much to his misfortune, Rambo is captured and tortured under the barbaric force of local sheriff Will Teasle (Brian Dennehy) and must escape using the wits and knack for weaponry he utilized years earlier in Vietnam’s war-zone. Now restored in beautiful 4K high definition, First Blood and First Blood Part II are bigger and better than ever. TWO BLOCKBUSTERS FOR THE PRICE OF ONE means double the thrills—and no torturous cliffhangers in-between! This dynamic film duo is an action-packed evening you don’t want to miss.

Frida After Dark isn’t complete without our monthly presentation of The Rocky Horror Picture Show—the original interactive midnight movie we all know and love. The Frida Cinema is celebrating FIVE WHOLE YEARS of doing the Time Warp with our incredible, award-winning shadow cast troupe K.A.O.S.! Ever talented and dedicated, they continue to turn Friday nights out with their lip-syncs, sexy costumes, and characters that bring you right into the world of Dr. Frank-N-Furter’s castle.

Rocky Horror is a mish-mash of campy science-fiction, brilliant songs, cheesy wordplay, and unapologetic sexuality and that just might awaken something in you. Along with being fun and wild, Rocky Horror screenings are about community, where you’re free to be yourself! Costumes are always deeply encouraged, so put on the best Transylvanian gear you’ve got. Don’t forget to bring cash to buy your PROP BAGS before the show! For just a few bucks, you can have plenty of ammo to throw, while also supporting K.A.O.S. in helping improve their costumes and stage gear. If you’re a Rocky virgin, check out this classic guide for what to expect when going all the way with us this Friday the 13th!

Right after cleaning up all the confetti and popcorn from Rocky, we’re making a mess all over again with an interactive screening of The Room—an absolute masterpiece of failure.

Unlike Rocky Horror, The Room is not a musical. Instead, it is a film so terrible in every way conceivable that it’s hard to believe even whilst watching it. Perhaps that’s simply the genius of Tommy Wiseau: director, writer, starring actor, producer, casting director, etcetera etcetera.

Johnny (Tommy Wiseau) works as a successful banker in stock-footage San Francisco with his fiancee Lisa (not Tommy Wiseau). Despite their engagement, Lisa is unhappy in her relationship and seduces Johnny’s best friend, Mark. Despite the simple premise, there’s several dozen unrelated subplots that make things far more entertaining.

Think you know how bad it is? No—it’s much worse—and live screenings are all the better for it! There’s truly nothing like being in a theater full of strangers—bonded together by the same bizarre dialogue—pelting each other with plastic spoons. So what are you waiting for? Grab a football and make a date for Saturday, September 14th—just make sure to close the front door on your way out.

Get ready to rock to the musical stylings of Hedwig and the Angry Inch—a local band lead by the gender-fluid Hedwig Robinson (John Cameron Mitchell) from East Germany. She’s a struggling songwriter and frontwoman, an outcast even in the dingy diners where she plays gigs. Despite her past failed relationships, Hedwig dreams of finding her other half, the soulmate meant to complete her. Her own music illustrates her life, desires, and how she got to where she is through uninhibited, pure punk rock and heartfelt ballads. It’s a film that can make you laugh, make you cry, and have you streaming the soundtrack by the time you get back home from the theater.

Help us celebrate Hedwig’s all-new 4k restoration and Criterion Collection release by indulging in this unconventional, coming of age love story. P. S. The art of drag is always appreciated at The Frida Cinema—and a Hedwig and the Angry Inch screening is all the more reason to take your new wig out of the box and into the night.

With one of Nicholas Cage’s best performances of the decade, 2018’s Mandy is a psychedelic throwback to the films of the 1980s era in which the film takes place. An instant cult classic, this film truly feels alive with its near fauvist use of colors and unique effects, making it a film you definitely want to see with theater quality picture and sound.

Logger Red Miller (Cage) and artist Mandy Bloom (Andrea Riseborough) live a quiet life in their secluded cabin among the lush woods of the Shadow Mountains. Comfortable and happy with one another, they grow together as people through past traumas while making an honest living and creating fantastical art. Of course, everything changes when the precious forest and home is invaded by members of a sadomasochistic hippie cult and the couple’s lives are set ablaze.

The chilling, revenge-driven tale is one you definitely don’t want spoiled, so do yourself a favor and just come on down and see it on the big screen for yourself.

What a hidden gem! I had such a lovely time at a recent showing of Godzilla (1954). This theater is a bit timeworn, yet undeniably quaint and charming with an unconventional feel. And interestingly enough, the audience served as the sweet element of surprise. Those in attendance created an atmosphere of delight, comfort, and personal acceptance… and get this.. there was an actual host who presented a brief preface to the film just prior to viewing. Very collegiate, which I loved!  All in all pe… END_OF_DOCUMENT_TOKEN_TO_BE_REPLACED