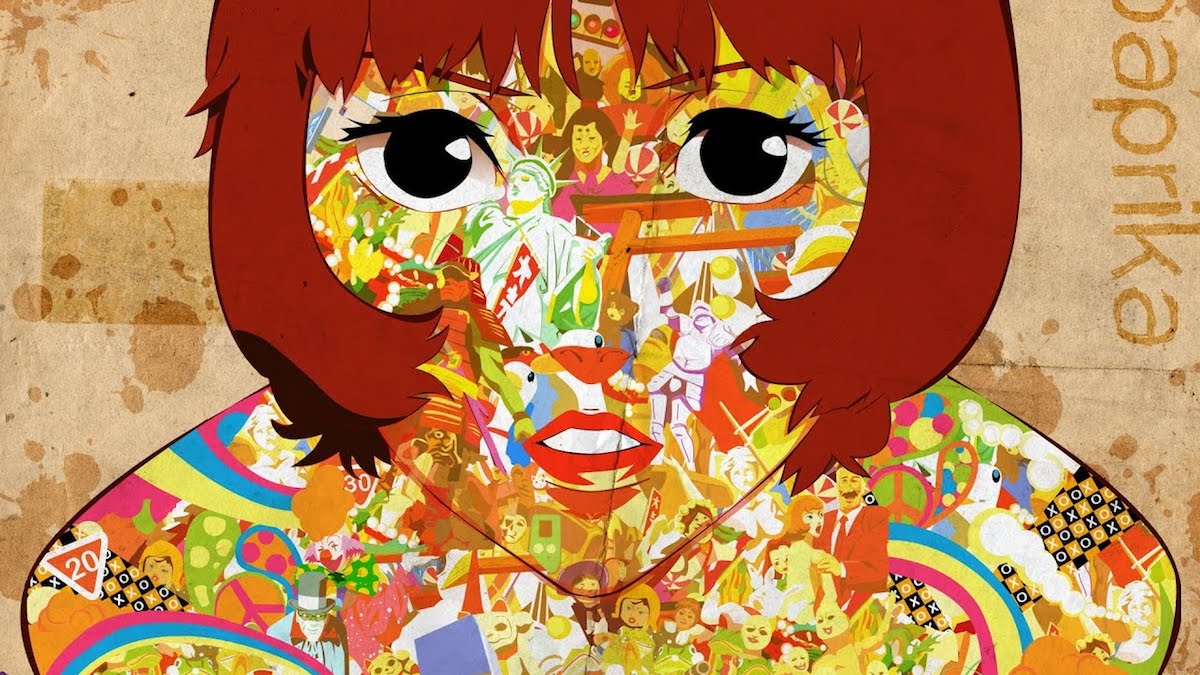 November at The Frida Cinema is exciting enough with Martin Scorsese as Director of the Month, but it’s made all the more exciting by the fact that we’re also playing Satoshi Kon’s Paprika! The last feature film to be made by the anime innovator before his death, it’s as thought-provoking as it is mind-bending, with many citing its heady sci-fi story as an antecedent (or, as others contend, an uncredited inspiration) for Christopher Nolan’s Inception.

This won’t be the first time we play Paprika, but it will be the first time that many (including myself) get to see it on the big screen! For that, we have our November Volunteer of the Month Paul Hernandez to thank, as it was his top pick to see here! A one-time patron who became a volunteer, Paul works hard but is funny and personable, qualities that really came through in my interview with him about Paprika and his time at the Frida. Not only that, but I learned that him and I see eye to eye on playing one particular movie here!

I used to drive by this place a lot. I didn’t pay it much mind but one day I saw that you guys were showing a film, one of the older ones that I did want to see. So I got some friends together and when we got here we looked at the calendar. It turned out that there was also an indie film I wanted to see and then I just kinda kept coming very frequently after that!

There used to be a manager here who would give a little intro before the movies started and he would always mention that volunteering was an option. I thought to myself “I really love this place, I’m enjoying it a lot. Unfortunately, I can’t donate money being a poor college student, but I can donate time since I have certain days off.” So eventually I just spoke with him and figured out something that worked with my schedule and I was able to start volunteering.

Tell us a little bit about Paprika.

So it’s Satoshi Kon, which hopefully I’m pronouncing right! I actually came and saw Perfect Blue here, which was my first time watching one of his animated movies. I know he did a lot of other animes for TV and I’ve seen some of those, but that film was kind of like an iconic one since it inspired so many people. When I saw it, I really enjoyed it and loved both the animation and story style. I’m a really big fan of animation and I’m also one of those guys who believes that animation doesn’t have to be just for kids. It can be more adult without being raunchy and it can actually deal with more cinematic things.

I first heard about Paprika when I was a kid and never saw it but kept coming across clips of it from time to time. I really like surrealist things and found that it’s Satoshi Kon so I knew I would love the animation even without knowing the story. What I like about the surrealist elements is that you can do them better in animation than live-action. When you see special effects in a live-action film, you go “oh, CGI,” and it ruins the immersion, but in cartoons everything is animated and it helps you get more immersed in the surrealist element. At any rate, I’ve always wanted to see this movie on the big screen instead of a small television so I finally thought, “Well, I’ll pick that one and see if it gets chosen,” and it did!

Well, Volunteer of the Month was kind of sprung on me really quickly so I had to whittle down a long list of movies to a few choice selections! Other than Paprika, which was my first choice, I also chose Shaun of the Dead just because I really enjoy it and I actually have a friend who hasn’t seen it so I was just like, “Okay, well I’m going to choose it and we’re going to see it if it gets picked!” I also chose Walk Hard: The Dewey Cox Story just because this year has seemed to be the year of music biopics and that one is just the best satire and parody of them. I felt like “I need to watch this in a theater and I need other people to see this,” because it really underperformed when it first came out!

I strangely really enjoyed a deep clean we did once! We were done with the day and it was like “Okay, people are leaving, the last movie ended early, we’re going to repaint the sound booth in Theater 2!” We also had carpet cleaners and these deep-clean vacuums that me and a bunch of other volunteers went whole hog with. It wasn’t even their normal night, they just showed up and were like “Oh yeah, we’re all going to do this,” and I thought “I’ve got extra time, I’ll stay and help out,” and that’s what I did! I’m a real big fan of behind the scenes, inner workings of places and liked that we were able to do it without having to close the auditorium and play only one movie at a time for a while. We did it in one night and I think we ended up finishing somewhere between 12 and 2 AM, but like I said, I enjoyed being with fellow volunteers and being part of the improvements that make this place look and work better for patrons.

There’s a a long list of movies I’d love to see on a big screen and see here but this hearkens to a Frida memory back when I was just coming as a patron. That gentleman who got me into volunteering would always joke in his spiel and say “Alright, we’re all here for Goofy Movie right?” and I actively was like “Hell yeah, I would gladly watch The Goofy Movie in a theater with people, I’m so down!” I actually debated choosing it as one of my volunteer picks but I knew we probably wouldn’t be able to get the rights from Disney so I went with my other selections. But, if I could, Goofy Movie hands down!