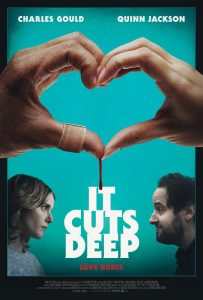 While on Christmas vacation, a young couple contemplates their future together. Ashley is interested in getting married and having kids which terrifies Sam. When the more attractive and paternal Nolan enters the picture, Sam’s life spirals out of control as Ashley questions their relationship. Chaos reigns as Sam desperately clings to Ashley while fending off the threatening Nolan.

LOVE this theater..OMG. I’ve been here several times now for different events. I’ve attended 2 of the 3 Scott Pilgrim events thrown by Cinemattack. I was even the lucky winner of the Scott Pilgrim album on vinyl. I don’t have a record player..but may as well be a trophy for me because I never win anything! lol. I also attended “The Last Unicorn” event with Peter S Beagle- the author speaking and answering a Q and A afterwards. This was so awesome. I have always loved loved this movie and it was … END_OF_DOCUMENT_TOKEN_TO_BE_REPLACED