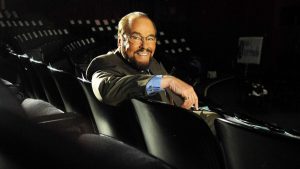 “I think that anybody’s craft is fascinating. A taxi driver talking about taxi driving is going to be very, very interesting.”

Such was the mentality of James Lipton, founder of the Actors Studio Drama School and, most famously, host of the long-running TV series Inside the Actors Studio. Known for his characteristic delivery and probing questions, Lipton’s enthusiasm for his craft and the craft of filmmaking were on full display during his twenty-four-year tenure as producer, writer, and host of Actors Studio.

Conceived in 1994 as a televised master class in acting, Actors Studio hosted over 300 guests, mainly actors but also directors, screenwriters, comedians, and occasionally musicians as well. Its breadth is only comparable to its reach – broadcast in 125 countries around the world, Actors Studio plays to over 89 million homes. Nominated for 16 Emmy awards, the show received the award for Outstanding Informational Series or Special in 2013.

While Lipton had famously approached guests with the same series of ten questions, he rejected the idea of holding pre-interviews before recording, believing them to be disingenuous and contrary to the naturalistic, conversational tone he sought. Lipton carried out all research of his subjects himself and his memorable questionnaire was of his own creation. A known lover of words, Lipton’s ability to articulate his own curiosity and passion to his subjects lead to some of the most recognizable and genuine interviews in broadcast.

Lipton’s interviews always ended with the same question: “If heaven exists, what would you like to hear God say when you arrive at the pearly gates?” Knowing Lipton’s long and prolific career, I’m sure God would have a lot to say, and knowing Lipton’s distinct curiosity, I’m sure he would listen — and find it fascinating.

I love the Frida, as an avid movie watcher, it’s great to have a place to go where many classic, cult and underrated films are shown. I had the pleasure of attending “The Decline of Western Civilization” screening with director Penelope Spheres doing a Q&A. Her films are so historically important and impacted me at a very young age. I am forever grateful for the experience, like nowhere else would this be possible. I think it’s truly amazing what the staff and everyone involved is doing for the community. They bring the magic of the silver screen without charging you an arm & a leg to attend their special events/screenings. I highly encourage any film lover to check out the Frida, no matter what film you choose, you will not be disappointed! They have an awesome online presence as well (IG, Website) where you can ask any them any questions or view their monthly calendar. They also host local art shows, film festivals showcasing new artists and film-makers. … END_OF_DOCUMENT_TOKEN_TO_BE_REPLACED