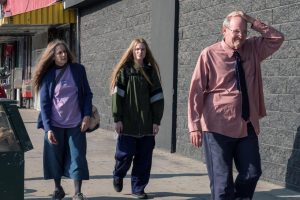 “[…] but I think I’m trying to mess with the ideas of “What is radical?” And money to me is always a good…a very familiar colloquial holder of feelings, like shame, and anxiety, aspiration. Every family loads up money with all this stuff, and they do it in this particular and extreme way. But I don’t know anyone who doesn’t have weird issues around money from their family, you know?” 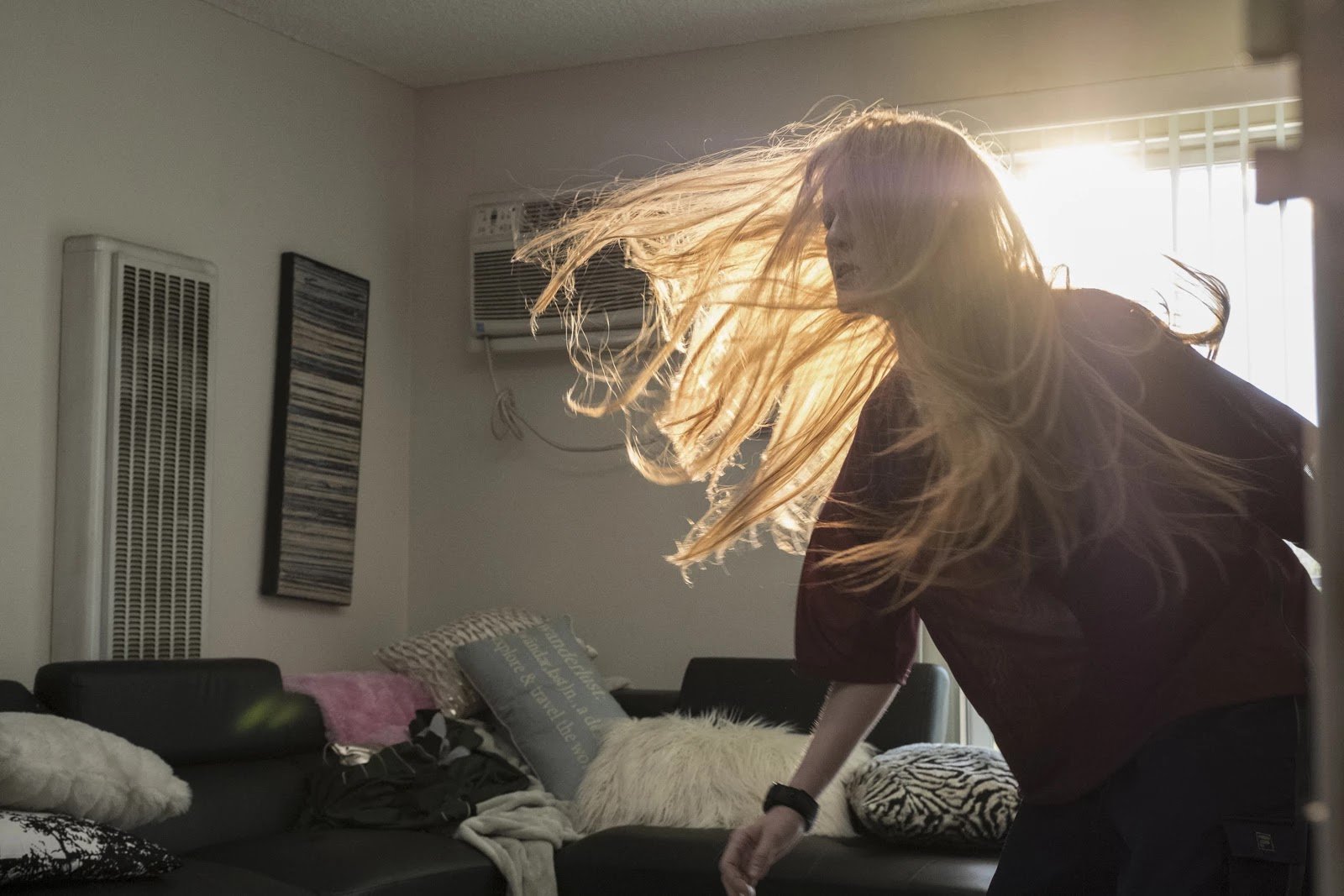 With all the radiance of a California sun, the splendiferous treasures held within Miranda July’s latest feature film Kajillionaire, flare and rage against the menacing infinity of our observable universe. Terrestrial anxieties are captured with wondrous imagination and equally infinite compassion, daring to defy the fatalist trap of predeterministic thought that July’s characters find themselves colliding with during a particularly quakey spring in Los Angeles.

July’s camera lands on the Dyne Family: Robert, Theresa, and their only daughter Old Dolio. A three-piece of small time con artists that perform elaborate schemes just to remain only three months behind on rent rather than four. Robert Dyne tries to reason with their landlord, “We may need to pay in installments.”.  “Rent is installments.”, he is reminded. In a film so conspicuous with its ideas about class, Kajillionaire also functions as a tender coming of age story for an era marked by distracting misinformation and untruths by the powers that be. Where the suffocating umbilical cord of overwhelming family ties is rightfully questioned, and eventually confronted for the sake of personal liberation. 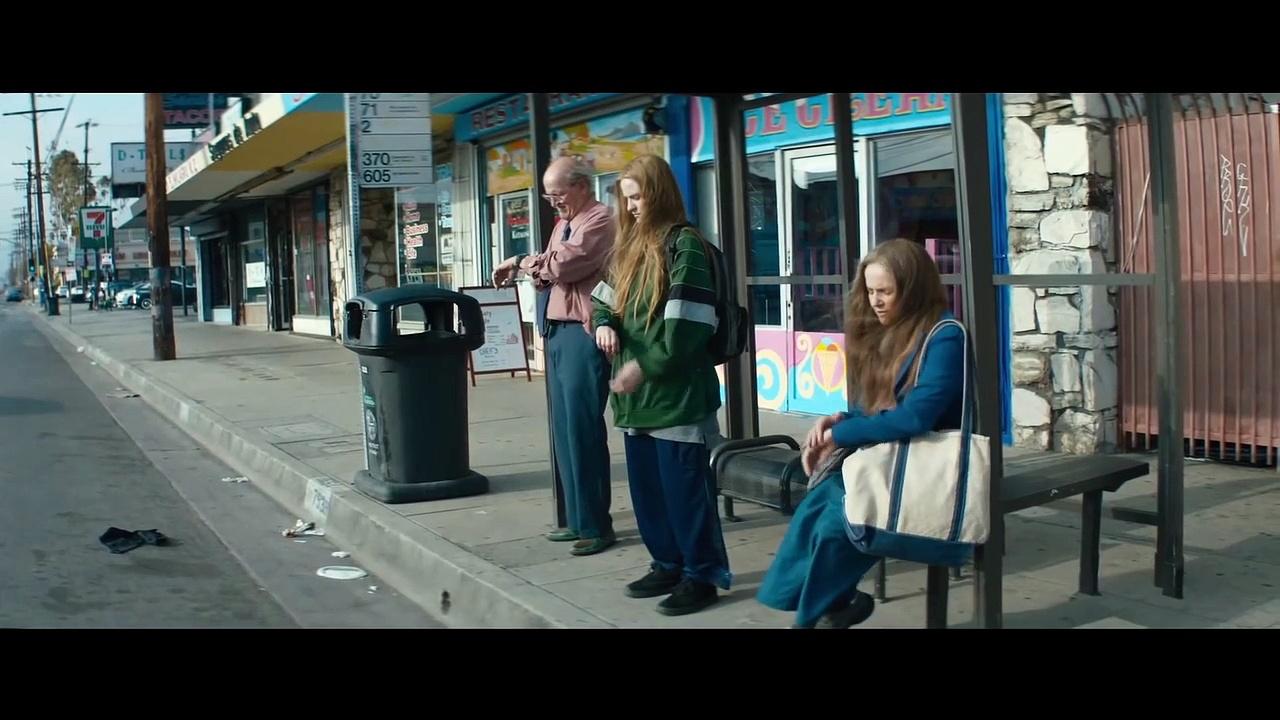 With the energy and plotting of a heist movie, Kajillionaire is a story about intentions becoming actions, and how the persistent unpredictability of reality can interrupt these actions. For Old Dolio, that reality is revealed in magical ways that unlock her sense of self, but in turn distance herself from her parents. The plot mirrors the fallacy of the American Dream – an endless parade of laborious efforts for the mere promise of something greater. The Dynes will attempt grift after grift, scraping dollar after dollar, and wait out The Big Score. A job so big that they’ll finally be caught up on their debts, and maybe have some leftover. This is not to say the film is an expose of economic institutions — far from it. July instead focuses her story on the interior life of Old Dolio, brilliantly understanding that the first casualty of poverty is childhood innocence. This idea underscored with each utterance of Old Dolio’s name – the origin of which must be seen to be believed. 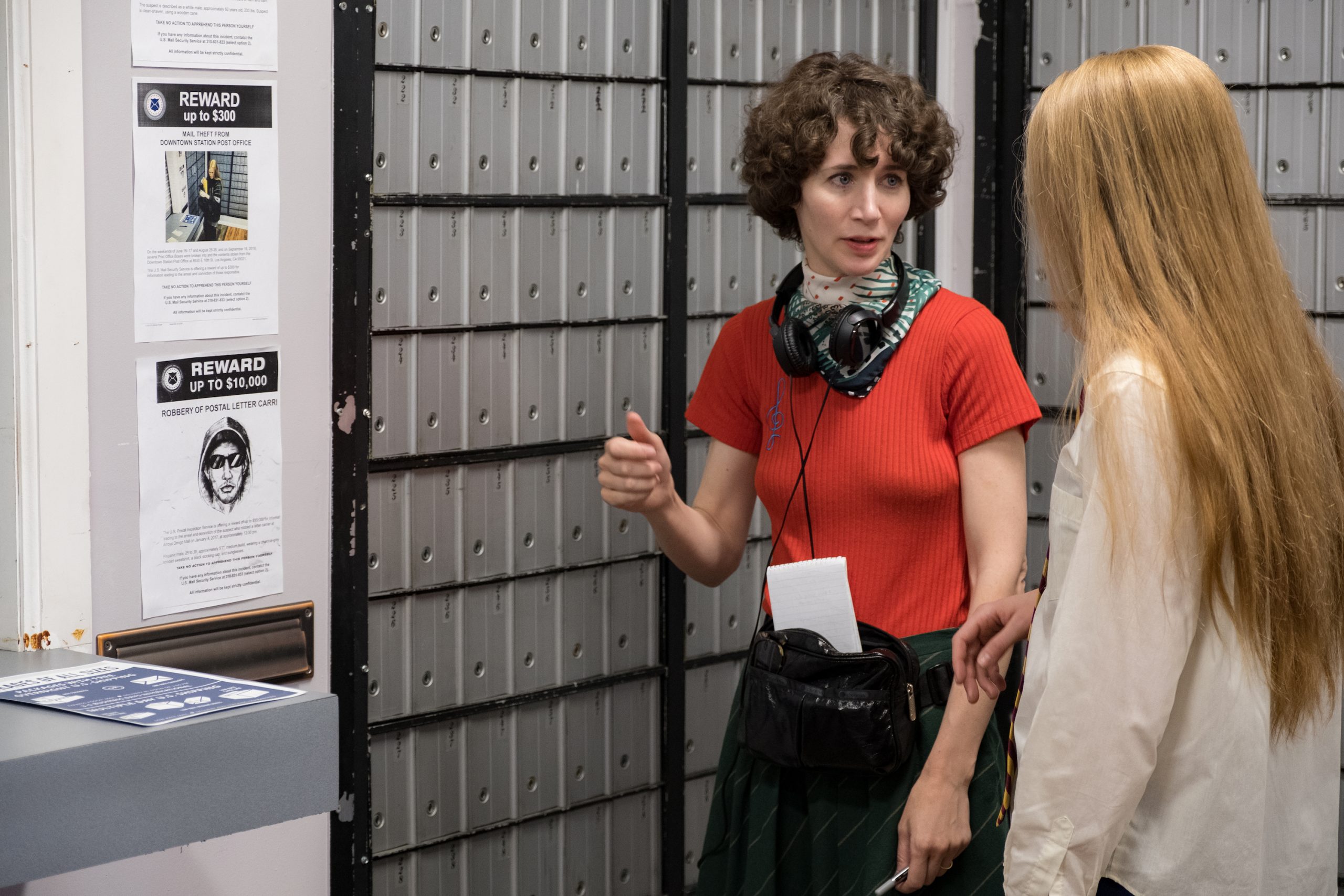 Not unlike Miami-born director Kelly Reichardt, Miranda July is also drawn to the emotional stasis endemic to the working class routine. How living paycheck to paycheck allows little time for things like culture, openness, or feelings. Evan Rachel Wood’s performance of Old Dolio as she wrestles with her newly discovered agency is as poignant as it is effervescent. Grunts and groans become syllabic truths, revealing more than words ever could. Certain filmmaking circles will tell you that it’s always better to show an audience something in a film, than to tell it to them with dialogue – always. In considering characters like the Dynes however, to simply articulate a feeling (except when in character for a con) is a task nothing short of miraculous.

Though painted with chewy, pop colors, Kajillionaire avoids infantilizing Old Dolio’s journey for an identity beyond fight or flight. July’s images for most of the film are staid and conventional, but intoxicating during the briefest moments of ecstatic movement. Saccharine lessons about self-acceptance and interpersonal relationships appear radical when contrasted with the stunted worldview of Old Dolio’s parents, and doubly so when compared to the entropic mandates of the planet itself; the inevitability of solar destruction, of earthquakes.

For all its celestial grandeur, Kajillionaire is a film that values the tiniest, most abstract pleasures. The jewels of Life that bridge our waking moments like monthly installments. In Miranda July’s cinema, simply being able to wonder is priceless. 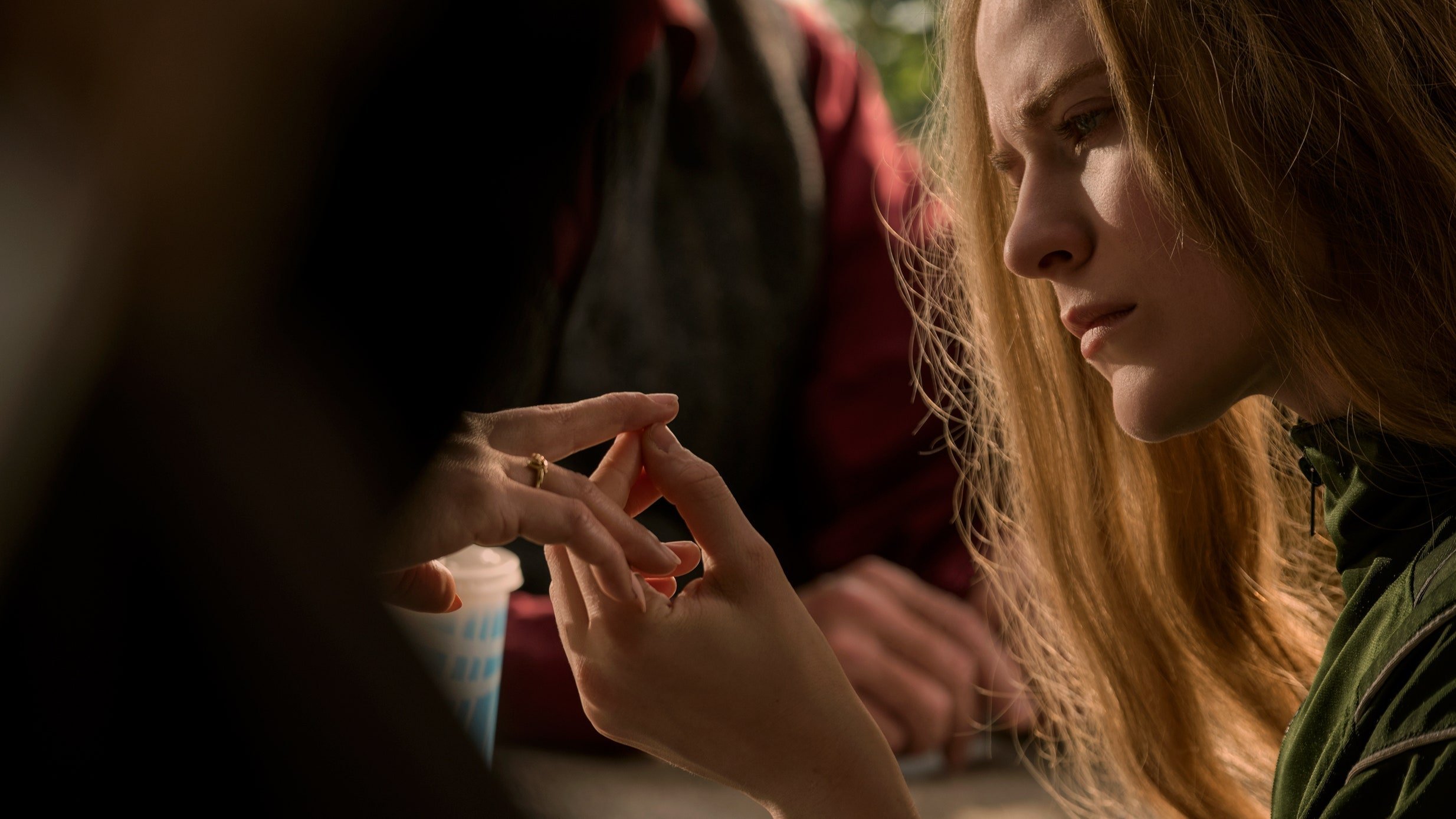 What a hidden gem! I had such a lovely time at a recent showing of Godzilla (1954). This theater is a bit timeworn, yet undeniably quaint and charming with an unconventional feel. And interestingly enough, the audience served as the sweet element of surprise. Those in attendance created an atmosphere of delight, comfort, and personal acceptance… and get this.. there was an actual host who presented a brief preface to the film just prior to viewing. Very collegiate, which I loved!  All in all pe… END_OF_DOCUMENT_TOKEN_TO_BE_REPLACED