Tune in on Friday, July 31st for the 24 Hour Virtual Cinema Premiere of Lake Michigan Monster! 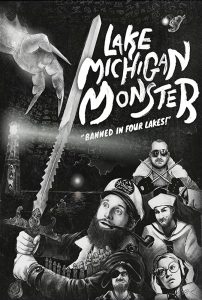 The eccentric Captain Seafield hires a crew of specialists to help him plot revenge against the creature that killed his father. After several failed attempts, Seafield is forced to take matters into his own drunken hands. What began as a simple case of man verses beast soon turns into a rabbit hole of mysterious unknowns and Lovecraftian hijinks. Lake Michigan Monster — banned in four lakes!

Link to pre-order tickets to stream the film are available now, for the 24-hour world premiere on Friday, July 31st! You will have 48 hours from the time of your purchase to stream the film. To purchase and stream, click the button below!

LOVE this theater..OMG. I’ve been here several times now for different events. I’ve attended 2 of the 3 Scott Pilgrim events thrown by Cinemattack. I was even the lucky winner of the Scott Pilgrim album on vinyl. I don’t have a record player..but may as well be a trophy for me because I never win anything! lol. I also attended “The Last Unicorn” event with Peter S Beagle- the author speaking and answering a Q and A afterwards. This was so awesome. I have always loved loved this movie and it was … END_OF_DOCUMENT_TOKEN_TO_BE_REPLACED