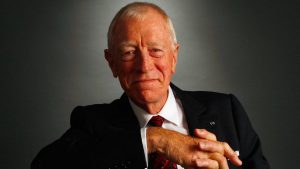 It is with great sadness that The Frida Cinema honors Max von Sydow, who passed Sunday, March 8th at 90 years old. The prolific Swedish actor was credited with over 100 roles spanning seven decades, including multiple films by Ingmar Bergman, the titular role in 1973’s The Exorcist, and more recently, Star Wars: Episode VII – The Force Awakens.

Cast in The Seventh Seal early in his career, the film would be the first first of many collaborations between von Sydow and Bergman. Playing a knight in plague-ridden medieval Sweden, von Sydow waxes philosophical with Death over a game of chess in hope of hindering the plague’s advance. Ironically, eight years later von Sydow would be cast as Jesus Christ in The Greatest Story Ever Told and later yet would star in his most iconic role as The Exorcist’s Father Merrin.

Midway through his long career, von Sydow spent much of his time playing “the big bad” across multiple projects. He played villain Ming the Merciless in 1980’s Flash Gordon, acted opposite Sean Connery’s James Bond in Never Say Never Again, and as the main antagonist in Steven Spielberg’s Minority Report. Von Sydow also occasionally worked as a voice actor, lending his distinct inflection to multiple video games, narrations, and even an episode of The Simpsons. Some of his more recent performances include The Force Awakens and the Three-Eyed Raven in HBO’s Game of Thrones.

Von Sydow’s talent as an actor has been celebrated throughout his career. He was twice nominated for Academy Awards – first for Best Actor in 1989’s Pelle the Conqueror and, more recently, 2012’s Extremely Loud & Incredibly Close, in which his character incredibly never speaks a word. He was also nominated twice at the Golden Globe Awards and twice more at the Primetime Emmy Awards, and had won awards from both Venice and Cannes Film Festivals.

Landing his first role at the age of 20, Max von Sydow devoted a lifetime to cinema. From arthouse and horror to television and blockbusters, he gave us some of film’s most iconic performances and characters. He is survived by his wife documentarian Catherine Brelet and her two sons.

I love the Frida, as an avid movie watcher, it’s great to have a place to go where many classic, cult and underrated films are shown. I had the pleasure of attending “The Decline of Western Civilization” screening with director Penelope Spheres doing a Q&A. Her films are so historically important and impacted me at a very young age. I am forever grateful for the experience, like nowhere else would this be possible. I think it’s truly amazing what the staff and everyone involved is doing for the … END_OF_DOCUMENT_TOKEN_TO_BE_REPLACED