Wiseau's peerless magnum opus finds the auteur who shaped a generation taking on the arts of acting, writing, casting, directing, editing and more. What's even more remarkable: he's mastered them all. The multi-talented director stars as Johnny, a big-time banker working in gorgeously shot San Francisco. His fiancée Lisa, seemingly a happy part of a successful relationship, has wandering eyes… for Tommy's best friend Mark. Cinema has never witnessed such betrayal! 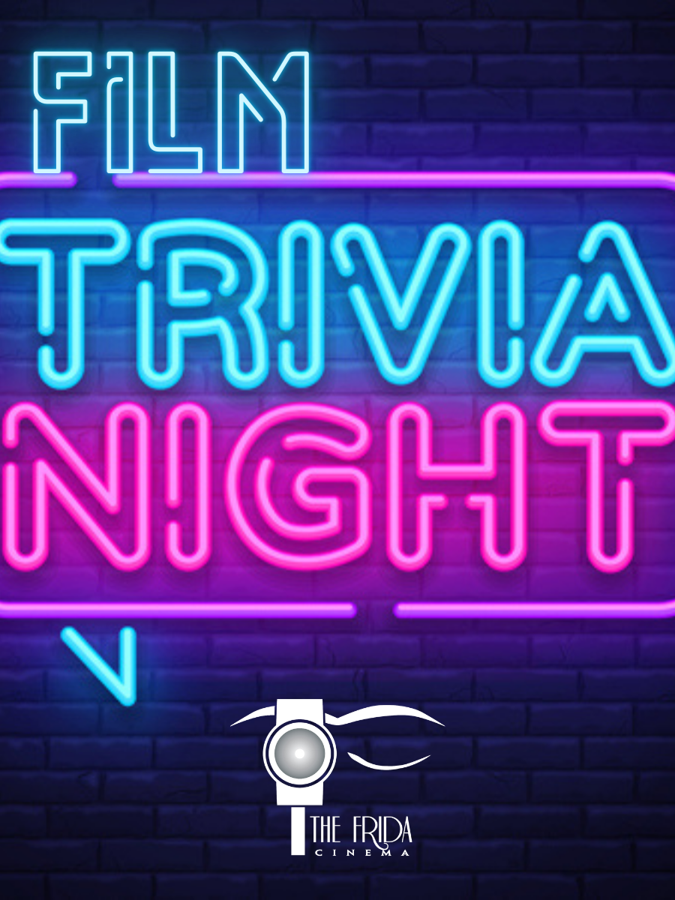 Grab some of your fellow trivia lovers, sign up to six team members, and flex your brain muscle as we grill you through six challenging rounds of trivia! The topics will vary (slightly), but will be almost entirely entertainment industry-based! Sign up your team in the form below. Participation is free, but we do need you and your team to RSVP!

1) Doors open at 7pm, and we'll aim to start trivia promptly at 7:30pm. Please give yourself time to make your food and drink purchases before start time!

2) You do not talk about Fight Club.

3) When we are in rounds, cell phones must be put away.

4) We will be utilizing the big screen for some of the rounds, so bring your glasses if ya need 'em!

5) Correct spelling on the answer sheets is not required — but legibility is!

6) We'll have clipboards for your teams — please select the most legible writer in your group!

7) Unless otherwise specified, we are looking for full titles if the answer is a sequel (i.e., “Harry Potter Part 2” or “Friday the 13th Part 7” would not count…)

8) Shhh! As you discuss with your team, keep your voice down so another team doesn't hear your answer!

9) If you must use your cell phone for a call, leave the group and make your call in the lobby. You will not be able to rejoin your group until the next round.

10) In the event of a tie, tying teams will go into a Sudden Death speed round!

See you at Trivia Night! 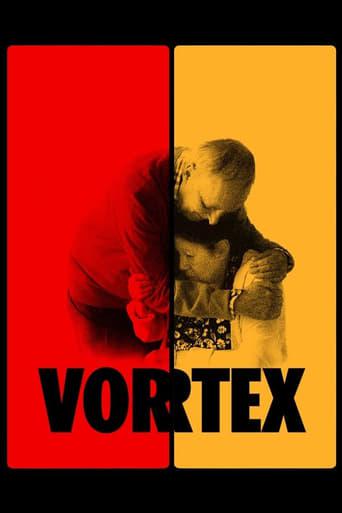 "With its uncommonly human touch and restless, unflinching visual aesthetic, Vortex</I< might well be Noe's finest and most thoughtful work.”?- Jason Solomons, The Wrap 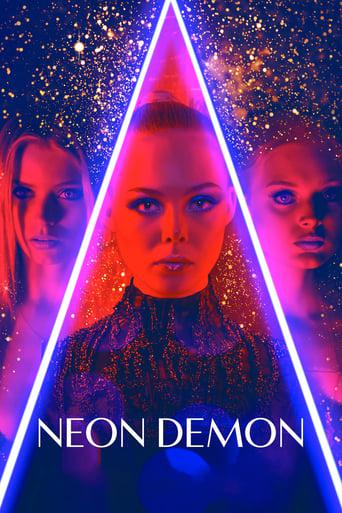 The next installment of our Neon Nightmares series is The Neon Demon, a psychological horror film from Nicolas Winding Refn.

The film follows Jesse, a 16-year-old girl who moves from Georgia to LA in hope of becoming a model. Faced with pressure from industry insiders, she misrepresents aspects of herself like her age and sexual activity in order to fit in. It seems to be a winning strategy at first, but Jesse starts to crack as the world she so desperately wanted to be a part of shows itself for what it really is.

Featuring a magnetic performance by Elle Fanning, The Neon Demon is another entrancing offering from the director of Drive.

"Refn is hardly the first moviemaker to find a link between supermodels and scary monsters, but he may be the most style-minded one to make the connection." - Peter Howell, Toronto Star

"The Neon Demon offers, without a doubt, incomparable style and substance." - Hanna B, Film Threat

The film stars Robert Pattinson as "Connie" Nikas, a New York City bank robber. Determined to free his brother from prison, Connie sets out on a nightlong odyssey through the city's criminal underworld. Dark and dangerous, it's a risky environment for Connie to maneuver as he races to save his brother.

Premiering at the Cannes FIlm Festival, Good Time is another taut, suspenseful offering from the directors of Uncut Gems and has the distinction of being nominated for Cannes Film Festival's Palme d'Or.

"The urgent docu-style filming is impressive, but it's Pattinson's fearless turn that lingers." - Kevin Maher, The Times

"Pattinson's performance is one of the year's finest and a revelation for anyone who has wanted to pigeonhole him as an actor." - Adam Graham, Detroit News 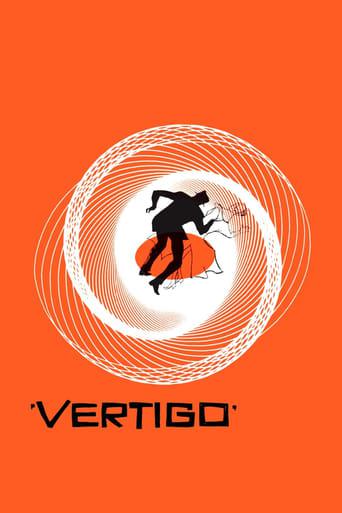 Detective John "Scottie" Ferguson (James Stewart) faces retirement after his fear of heights causes the death of a fellow officer. When an old college friend pays him to play private eye and follow his wife Madeleine (Kim Novak), who he feels might be possessed by a spirit, he proceeds to follow the mysterious woman through the beautiful streets, buildings, and parks of San Francisco – Bernard Herrmann's hypnotic score accompanying them and adding to the increasingly ominous atmosphere. When tragedy strikes, a Pandora's Box of lies, deceit, and one shocking revelation after another is unleashed.

Considered by some critics to be the greatest film ever made about the powerful and destructive force of obsession, Vertigo is Hitchcock's quintessentially dark twist on Technicolor romance.

"Combines in an almost unique balance Hitchcock's brash flair for psychological shocks with his elegant genius for dapper stylishness." - Peter Bradshaw, The Guardian 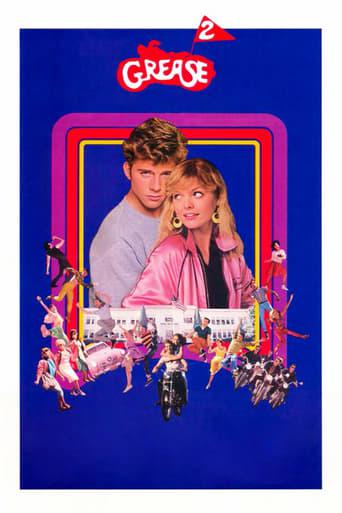 It's 1961, two years after the original Grease gang graduated, and there's a new crop of seniors and new members of the coolest cliques on campus, the Pink Ladies and T-Birds. Michael Carrington is the new kid in school - but he's been branded a brainiac. Can he fix up an old motorcycle, don a leather jacket, avoid a rumble with the leader of the T-Birds, and win the heart of Pink Lady Stephanie?

Starring Michelle Pfeiffer in her breakout role, Grease 2 is a rocking and bopping follow-up to one of cinema's most beloved musicals.

"It is, in fact, something of a camp classic, enjoyable on its own terms and boasting a marvelously insouciant performance from Pfeiffer as the leader of the Pink Ladies." - Jamie Graham, Digital Spy

"Grease 2 is a film with a female protagonist who is unabashedly herself to the judgment of her peers." - Courtney Enlow, Pajiba

"Grease 2 will win you over with its unique approach to movie sequelry." - Jason Shawhan, Nashville Scene

Young Harper retreats for a solo vacation to the idyllic English countryside, looking to heal in the aftermath of a personal tragedy. Her interactions with the men in the nearby town are loaded with eerie projections from her memory. A haunting, shadowy presence also lurks in the surrounding woods, seemingly stalking her. Harper's steps into the dark green forest turn simmering dread into a feverish nightmare informed by her darkest fears.

Starring Jessie Buckley and Rory Kinnear, Men is a cryptic, tense, and pared-down affair from a burgeoning auteur known for his thought-provoking meditations. 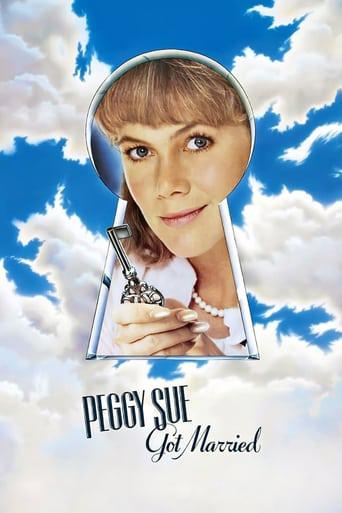 Genre: Comedy
Runtime: 103 minutes
Rating: PG-13
Start Date: May 28, 2022
One of the contenders for Round 5 of Cage Match is Francis Ford Coppola's fantastical dramedy, Peggy Sue Got Married!

It's 1985, and Peggy Sue Bodell (Kathleen Turner) ends up having to bring her daughter to her 25-year high school reunion instead of her unfaithful husband, Charlie (Nicolas Cage). But Peggy Sue quickly becomes overwhelmed and faints: when she awakes, it's 1960, and she's in her senior year of high school. Having retained all her memories of her future, Peggy Sue initially resolves to do things differently this time around. But would she really trade her future for something else?

Peggy Sue Got Married was a popular and critical success, earning Coppola his first box-office success since The Outsiders.

“In arguably the most humanistic work of his career, Coppola forgoes the epic in favor of the personal.”

“Frank Capra made comedies like this, in which the humor welled up out of a deep, even sentimental, drama of human emotions.” – Roger Ebert, RogerEbert.com 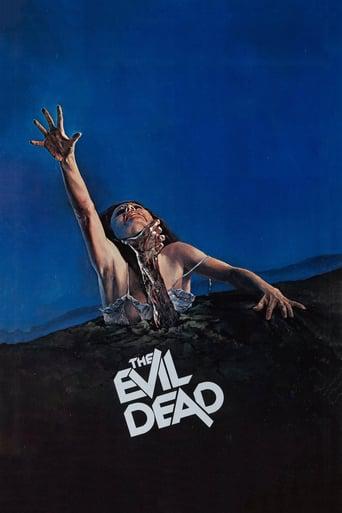 Genre: Horror
Runtime: 250 minutes
Rating: NC-17
Start Date: May 28, 2022
GROOVY! Our Director of the Month: Sam Raimi series is ending in a big way with a triple feature of his cherished cult horror classics: The Evil Dead, The Evil Dead 2, and Army of Darkness!

Army of Darkness (which should have been titled The Medieval Dead) kicks off with Ash being captured by Lord Arthur's men, who suspect him of being a spy. After proving himself a hero, Ash finds out that the only way to return to his own time period is through the Necronomicon Ex-Mortis, which is buried deep inside a haunted forest. By messing up the incantation, Ash has unknowingly united the deadites into an Army of Darkness, which must be defeated before he returns to the present day!

Grab your trusty chainsaw and get ready for a fun night of Raimi terror!

“It remains stunning, almost forty years later, how much of that sort of spectacle Raimi and company managed to achieve amid such a fledgling production.” – Andrew Bloom, The Spool

“What do you get when you cross George Romero with The Three Stooges by way of the director of A Simple Plan and The Gift? Something offbeat, to be sure. Something grotesque, without a doubt. Something... groovy.”- James Berardinelli, ReelViews

“The special effects in 'Army of Darkness' are ingenious and a lot of fun. The makeup is state of the art. So are the severed limbs, geysers of blood, etc.”- Roger Ebert, RogerEbert.com