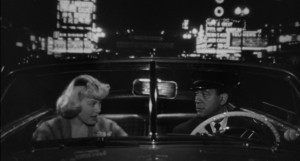 One of the most controversial novels of its day, Richard Wright’s Native Son (first published in 1940) exposed the injustices of urban African-American life, witnessed through the eyes of Bigger Thomas, whose violent tendencies and moral confusion were the natural result of a lifetime of deprivation. In prison for murder and sentenced to death, Thomas reflects on the circumstances that led to his fate.

Kino Lorber presents a new restoration of the 1951 film version of the novel, directed by Pierre Chenal and starring Richard Wright as Bigger Thomas. It is presented in association with the Library of Congress, Fernando Martin Peña and Argentina Sono Film. Special thanks to Edgardo Krebs for his years of research into the making of Native Son, and for being a tireless champion of its restoration and re-release.

LOVE this theater..OMG. I’ve been here several times now for different events. I’ve attended 2 of the 3 Scott Pilgrim events thrown by Cinemattack. I was even the lucky winner of the Scott Pilgrim album on vinyl. I don’t have a record player..but may as well be a trophy for me because I never win anything! lol. I also attended “The Last Unicorn” event with Peter S Beagle- the author speaking and answering a Q and A afterwards. This was so awesome. I have always loved loved this movie and it was … END_OF_DOCUMENT_TOKEN_TO_BE_REPLACED