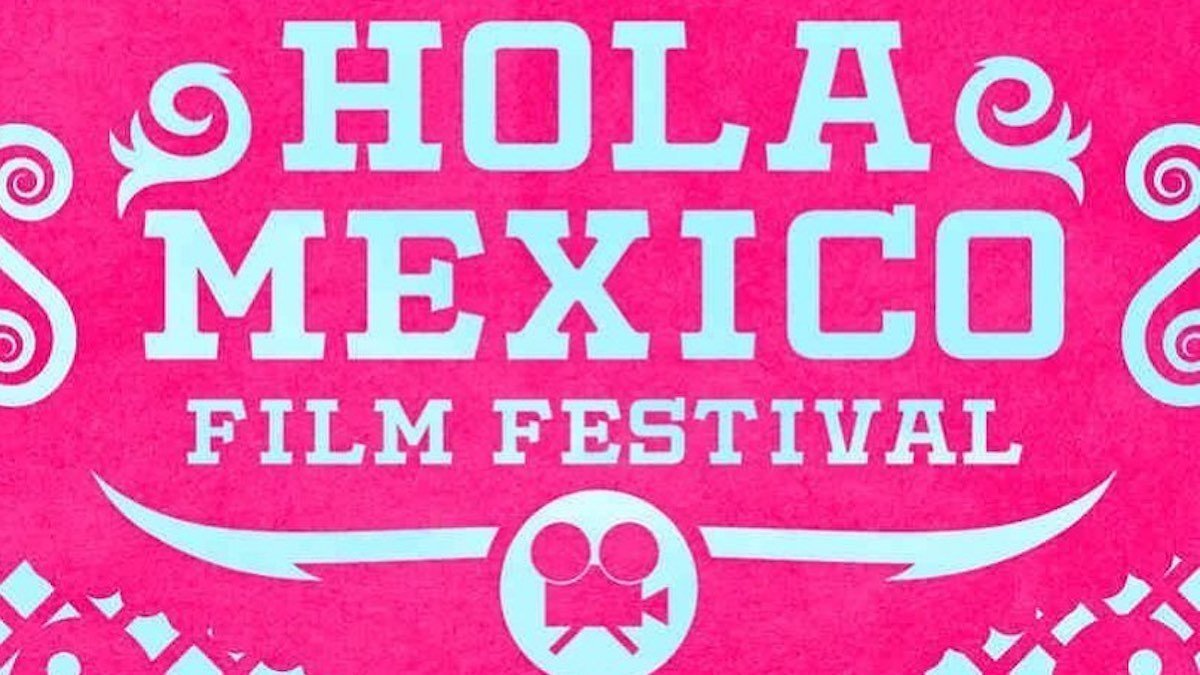 The Frida Cinema is proud to be the Orange County host for this year’s Hola Mexico Film Festival, running November 15 through 21! A festival dedicated to showcasing up-and-coming Mexican filmmakers of all genres, it will also serve as a celebration of Mexican experience and culture. Fans of Spanish-language films and foreign cinema in general are invited to witness the new wave of Mexican movies at this unique week-long event!

Surrounded by extravagant luxury, Sofía de Garay (Ilse Salas) lives in a dreamlike cloud of opulence in 1980s Mexico City. Her days are filled with lavish soirees, designer dresses, country-club tennis matches, and all the pleasures reserved for the upper crust. In this world, appearances are everything and friendships are only as strong as your financial status.

However, when Mexico’s 1982 economic crisis hits her husband’s business hard, the elegant lifestyle Sofia is accustomed to falls to pieces right before her eyes. Soon, her arrogance turns into desperation, as she is forced to confront her new reality. It’s only in her infatuation with Spanish singer Julio Iglesias that Sofia finds solace from the unbearable turmoil.

Alejandra Márquez Abella’s second feature film is a sumptuous examination of the privileged few trapped in their artificial microcosm of hypocrisy, superficiality, and immense loneliness.

Genaro Rodríguez (Daniel Tovar), a young “godín” (a colloquial term that refers to low-level office workers), is a loyal employee of Kuri & Sons. His boss, Don Francisco Kuri, sees him like a son and trusts him completely with the business. However, circumstances change when Don Francisco dies and his real son, Santiago (Pablo Lyle), a spoiled “mirrey” (a term that refers to a young person from a wealthy family), decides to take over the company even if he has no skills to so.

Afraid that Santiago and his fellow “mirreyes” will bankrupt the company he’s worked so hard to build, Genaro bands with the company’s other “godínez” to fight to keep their jobs. While being so intensely focused in their dispute, both groups lose sight of their real enemy: someone who is planning to destroy the company from within.

A new comedy from Chava Cartas, this film explores class and power dynamics in Mexican society from a humorous and light-hearted point of view.

Featuring a star-making performance by lead actress Sótera Cruz, this unique coming-of-age narrative explores the racism encountered by indigenous people in Mexico. Guie’dani (Cruz) is a Zapotec teenager who moves to Mexico City with her mother to work as a housekeeper for an upper-middle-class family. There, their language is mocked and psychological subjugation is inflicted. Yet through it all, Guie’dani rejects the life of servitude and seeks her own identity through a friendship with another rebellious teen.

Since they were young, Mauricio and Reynaldo dreamed of becoming professional baseball players. Together, they spent their days playing and imagining themselves in the Major Leagues until they managed to be admitted into Mexico’s most prestigious academy.

Years later, thanks to their talent and determination, the friends become an indestructible duo. At the height of his career, the great friendship between these two dreamers is soon threatened by the pressures of fame, success, and million-dollar contracts.

Diego (Vadhir Derbez) is a marine biologist committed to his work until his career takes him to the Dominican Republic, where he meets Luci (Ximena Romo). Despite the clear attraction between them from the beginning, the next day Luci does not remember him because, due to injuries sustained in a car accident years ago, her memory is erased every night.

Convinced that she is the woman of his dreams, Diego is willing to do anything to win Luci’s heart, even if that means having to find a new way to conquer her and her overprotective family every day.

A bittersweet comedy with a message of body positivity and acceptance, Dulce Familia follows five women from different generations, all of whom have struggled with dieting, low self-esteem, eating disorders, and an insatiable sweet tooth.

Talented baker Tami (a transformed Fernanda Castillo) is in a wonderful relationship with her loving fiancé (played by Vadhir Derbez), but others don’t think that’s enough. Ignoring her happiness, Tami’s family is adamant for her to lose weight before getting married.

Feeling insecure and aching to please them, Tami submits herself to torturous regimens in order to fit in her mother’s wedding dress. Renowned actress Florinda Mesa (known for playing La Chilindrina and Doña Florinda) is Tami’s judgmental mother for whom superficial beauty carries more weight than personality. Regina Blandón and Paz Bascuñán appear as her equally critical sisters.

A new take on the body swap sub-genre, this hilarious comedy tells the story of Claudia (Sophie Alexander) and Antonio (Juan Manuel Bernal), a couple which has been married for 15 years. With time their relationship has turned lackluster and meaningful communication is nonexistent.

One night following a heated argument, the rare planetary alignment of Venus, Earth, and Mars causes a shocking transformation. Antonio’s consciousness is now in Claudia’s body and vice versa, which will give them an opportunity to empathize with the other person’s daily life and reconnect with each other.

This reimagining of the classic 90s romantic comedy starring Julia Roberts and Cameron Diaz follows the same formula but with a Mexican twist.

Actress Ana Serradilla plays Julia, a renowned food critic afraid of settling down. Despite her aversion to commitment, Julia and her best friend Manuel (Carlos Ferro) had promised to marry each other if they were both single by age 35. To her surprise, the time has come and Manuel is marrying another woman. With only four days before the ceremony and certain that she is the only woman for him, Julia plans to stop the wedding at any cost.

Sergio Umansky’s fierce and psychologically complex drama explores the aftermath of a tragedy that evidences the rampant impunity and insecurity problem across Mexico.

Chameleonic actor Noé Hernández shines as Aurelio, a man whose son was violently murdered in broad daylight. Searching for whoever was responsible, Aurelio meets Citlali (Daniela Schmidt) in a Mexico City hotel. She has also been unjustly separated from her child and wants to fight back. This shared struggle for justice forges a dangerous alliance between them as their desire for answers transforms into thirst for revenge