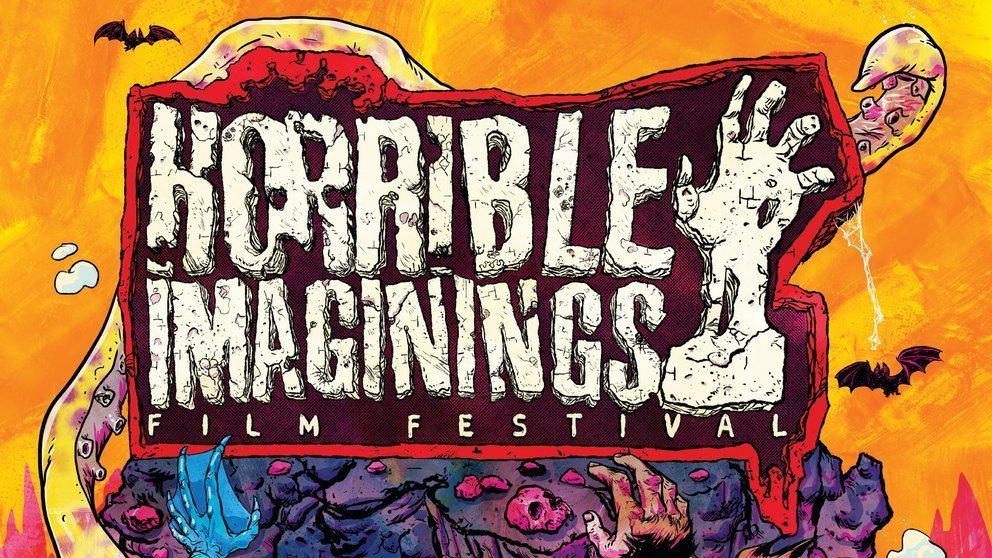 Labor Day weekend is in full swing, which means the annual Horrible Imaginings Film Festival is back! As always, this weekend-long fest celebrates the beloved art of genre films, as well as the people who love them. In honor of this special year, The Frida Cinema would like to give an extra special congratulations to HIFF on an entire decade of bringing all kinds of people together through thrills, chills, and community.

Day one kicks off with the Youth Cinema Showcase featuring the work of six young filmmakers in partnership with Creating Creators. This program is dedicated to encourage young people from 4th to 12th grade by augmenting and aligning the lessons in the classroom with the entrepreneurial, creative, and collaborative rigor of film making and 21st century skills.

This evening’s short film block entitled “This Mortal Coil.” It features ten titles, as well as the first of three performances by the talented Leigh Purtill Ballet Company of Sweet Sorrow: A Zombie Ballet.

This year’s opening night feature film is Satanic Panic by Chelsea Stardust, which follows Sam, a cancer survivor working as an underpaid delivery person. Her latest pizza order leads her to a affluent home of some not-so average customers, who turn out to have much more than a simple hunger for Italian food. The full day’s schedule, along with details about each short, can be found on the HIFF website.

Friday night concludes with an Opening Night Party at The Frida Cinema, open to all 2019 pass holders, special guests, and Horrible Imaginings volunteers! Be sure to have your pass and be ready for more ghoulish goodness in the coming days!

The “Shock to the System” short film block is just the thing to wake you up Saturday morning, running from 11am to 1pm. After a short break until 1:40pm will be the first panel of the day: “Horror for Humanity—Real-Life Anxieties Through a Genre Lens,” followed by the related short films exploring subjects such as conversion therapy and the loss of autonomy.

Starting at 3:40pm, the rest of the night will be made up of feature films.

Swing Low by Teddy Grennan will make its California premiere, telling the story of a woman who fights to be believed after she’s escaped from the Watchatoomy Valley. Dismissed by the police and written off as a crazy junky, finds herself still in danger.

After you get your sustenance during the dinner break, Reborn by Julian Richards will hopefully settle your stomach. In it, a stillborn baby is revived and adopted by a morgue worker using electrokinetic power. Fast forward to her sweet sixteen, when the girl is determined to meet her birth mother—by any means necessary.

After three more short films (Always Listening, Creaker, and Wally and His Hideously Malformed Wart) comes an extra special screening of The Tingler (1959), starring Vincent Price. In honor of its 60th anniversary, we’re bringing back the original, electrifying 4D experience. This innovation, created by director William Castle, features theater seats with vibrating motors which will “shock” you in tandem with the victims in the film. You won’t find that in any IMAX theater!

The final day of Horrible Imaginings 2019 begins in the woods, the fictional past, and apocalaypse in our “Monsters, Sci-Fi, and the Beyond” short film block from 11am-1pm, immediately followed by the “Long Form” showcase.

Antrum—The Deadliest Film Ever Made is the first feature film of the night. Deemed cursed, this film from the 1970s is the common thread among the deaths of several film fest programmers, riots, and the death of 56 moviegoers after the theater playing Antrum burnt down in 1988 Budapest. With only one copy of the film tracked down for public release by Else Films, this might be your only chance to see what some believe would be the final film you ever watch.

Finally, at 10pm, will be the Horrible Imaginings Film Festival Awards Ceremony, honoring the slew of hard work and talent that makes this festival what it is.There are passes still available for Friday Night, Saturday, Sunday, and all 3 Days still available. Don’t miss out!