Kino Lorber presents Pioneers of Queer Cinema, 3 new restorations of “Way Ahead of Their Times” classics, Mädchen in Uniform, Michael, and Victor and Victoria. 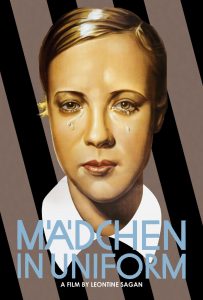 This artfully composed milestone of lesbian cinema – and an important anti-fascist film – was the first of just three films directed by Leontine Sagan.

At an all-girls boarding school, new student Manuela and compassionate teacher Fräulein von Bernburg have a passionate and illicit romance.

“One of the few genuine women’s films of the 30s.” — Don Druker, Chicago Reader

Danish film master Carl Theodor Dreyer’s Michael is a mature and visually elegant period romance decades ahead of its time. 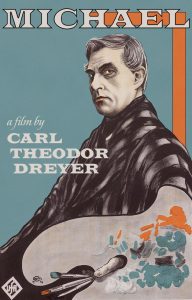 Michael takes its place alongside Dreyer’s better known masterpieces as an unusually sensitive and decorous work of art and is one of the earliest and most compassionate overtly gay-themed films in movie history.

Collaborating with famed German cinematographers Karl Freund (Metropolis, The Last Laugh) and Rudolph Maté (Passion of Joan of Arc, DOA) Michael offers the first fully realized example of Dreyer’s emotionally precise, visually extravagant style that would be perfected in his subsequent masterworks such as Joan of Arc and Ordet.

“The picture speaks through its sumptuous decor, its subtle performances, and, perhaps most crucially, its compositions, expertly lensed by the influential cinematographer Karl Freund.” — Film at Lincoln Center 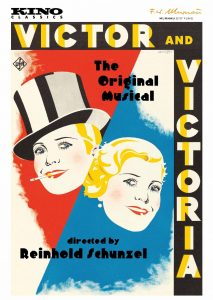 In this dazzling musical romance, a young woman (Renate Müller), unable to find work as a music hall singer, partners with a down-and-out thespian (Hermann Thimig) to revamp her act. Pretending to be a man performing in drag, Victoria becomes the toast of the international stage. But she soon finds that her playful bending of genders enmeshes her personal and professional life in a tangle of unexpected complications.

Produced in the final days of the Weimar Republic, Victor and Victoria received limited exposure in the United States, and is today best known by Blake Edwards’s 1982 remake and the 1995 Broadway production. Viewers will be delighted to discover that the original is every bit as charming and outrageous, reminiscent of the sly sex comedies of Ernst Lubitsch and Billy Wilder.

Mädchen in Uniform, Michael, and Victor and Victoria will be available as a three-film bundle for $15!

Link to purchase tickets to stream these films in our Virtual Cinema will be available from Friday, June 12th (Thursday at Midnight) until Thursday, June 25th. To purchase and stream, click the button below!

LOVE this theater..OMG. I’ve been here several times now for different events. I’ve attended 2 of the 3 Scott Pilgrim events thrown by Cinemattack. I was even the lucky winner of the Scott Pilgrim album on vinyl. I don’t have a record player..but may as well be a trophy for me because I never win anything! lol. I also attended “The Last Unicorn” event with Peter S Beagle- the author speaking and answering a Q and A afterwards. This was so awesome. I have always loved loved this movie and it was … END_OF_DOCUMENT_TOKEN_TO_BE_REPLACED

I love the Frida, as an avid movie watcher, it’s great to have a place to go where many classic, cult and underrated films are shown. I had the pleasure of attending “The Decline of Western Civilization” screening with director Penelope Spheres doing a Q&A. Her films are so historically important and impacted me at a very young age. I am forever grateful for the experience, like nowhere else would this be possible. I think it’s truly amazing what the staff and everyone involved is doing for the … END_OF_DOCUMENT_TOKEN_TO_BE_REPLACED