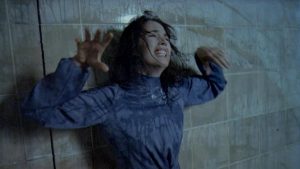 The trailers screams at you, filling you with dread and confusion. Blood (though subtle among the few trailers I saw) plays a big part. The complete breakdown of a family is spliced together in fragments, conveying the psychologically thrilling melodrama that plays out amongst the chaos shown through small bits of imagery. We see Mark (played by Sam Neil) and Anna (played by Isabelle Adjani), a couple trying their hardest to keep their relationship together yet–somehow–it always manages to find a way to fall apart. It’s a blind pick for me, but if I had to name one movie that was able to disturb me just by seeing the trailer, it would be Possession.

The impression I get of the film before I see it this weekend is not one of horror or suspense, but more of the breaking down of one’s mental state after being away from their spouse for a long period of time. The sense that the one you loved and married, though still with you, is no longer the person you once exchanged vows with in front of a priest and family members. The lines spat and spun throughout the trailers are crafted to convey the deep-rooted lust for a once-promised connection that has been lost as well as a deep-seated fear of being abandoned, even if it might have been for the betterment of the family. It makes me wonder if director Andrzej Żuławski himself experienced a divorce or watched a loved one have a nervous breakdown as he devised the script with co-writer Frederic Tuten.

Despite all the unnerving, deceptive imagery that make it look like just a really tense family drama, bits and pieces of horrific surrealism pop out in quick flashes of graphic blood bags and white paint being smashed out of purses. Any metaphor escapes me since I’m still wondering if these might simply be hallucinations that feed into the slow break down of Isabelle Adjani’s character, but my guess is as good as fools gold. I just won’t know until I see for myself. 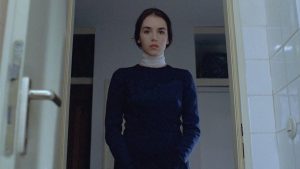 Even though the off-putting scenes shown in the trailers left me feeling cautious, I’m sure find I’ll something of value in the images, writing, and soundtrack. Possession is interesting in that it gets me wanting in on the avant-garde horror scene and explores the nature and truth of identity. The movie tackles its thematic content head on even as it runs with other narrative threads like Anna engaging in an affair while she tries to figure out if she wants to make things work with Mark.

What’s even stranger though is that Anna also is seen in one scene with different colored hair, making me wonder how it ties into the exploration of identity and what it means for someone to lose themself in a marriage. It’s not subject I’m too knowledgeable about, but I have seen people I know lose themselves to various social circles by trying to connect and become more accessible and acceptable to others at the cost of their own identity. I suspect that there’s a lot more going on in Mark and Anna’s relationship than meets the eye that will be explained over the course of the film and I really can’t wait to see how it all plays out amidst the chaos occurring around them.

With October being the spookiest time of the year, Possession is an excellent chance to go down the creepy rabbit hole while looking in on oneself. I know I’ll be taking a chance when I take my seat with a handful of other folks and try not to feel as uncomfortable as I did when I watched Climax for the first time but–strangely enough–I hope it does make me uncomfortable and get me thinking about what the meaning behind the story is. With any luck, some of you will join me and together we can sit in awe of Possession as it twists, turns, and leaves us scratching our heads as we try to figure out what we just saw. 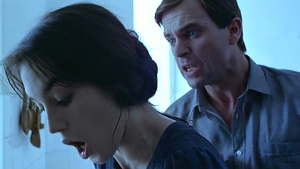