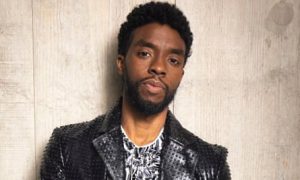 When the news came that Chadwick Boseman passed away it was met with complete shock and utter disbelief across the world. In interviews, he always appeared happy and outgoing, but little did we know that off camera his lifestyle was the complete opposite. The official reports have stated that he passed away due to a 4 year long fight with colon cancer, which he had kept private from the public with his family being the only ones confirmed to have knowledge of this news.

Boseman started acting in 2003 where his career mainly consisted of television appearances including episodes of ​Law and Order, CSI: NY ​and ER. His major breakthrough was landing the starring role of the biographical sports film ​42 (2013), ​where he played legendary baseball Jackie Robinson. This in a way started a trend for him to be playing major historical figures which included singer James Brown in ​Get on Up (2014), ​and American lawyer and civil rights activist Thurgood Marshall in ​Marshall (2017). H​owever the role that he is most famous for is that of King T’Challa/Black Panther in the ​Marvel Cinematic Universe.

His first appearance was in ​Captain America: Civil War​ (2016), however he really made a name for himself in his character’s own film ​Black Panther​ (2018). He later appeared in two more films as the character in ​Avengers: Infinity War​ (2018) and it’s sequel ​Avengers: Endgame (2019).​ All four of these films have received acclaim from both fans and critics alike, particularly ​Black Panther​ and ​Endgame.​ The aspect of Boseman’s career that I think will be fondly remembered is how he left a legacy behind him, a legacy of giving countless children a superhero to look up to. In an industry that’s predominantly filled with White leads, seeing a movie that’s apart of the highest grossing film franchise to predominantly Black is a pretty big deal for their community. Now in my opinion, representation can only be as good as the film itself and thankfully both the film and title character of ​Black Panther thrive in that. Boseman was the perfect actor to portray a courageous and dignified king, and his performance really struck a chord with people from all backgrounds.

What makes Boseman very admirable in the eyes of many was that when he was diagnosed back in 2016, he continued to work on several films while he was undergoing chemotherapy and surgeries. He wasn’t going to let his cancer stop him from doing the things he loved while continuing to fight on, that takes tremendous strength to do.

Not only was he fighting his own battles, but he was also giving joy to sick children, as he would visit them in hospitals while he was undergoing cancer treatment himself. He became a passionate advocate for young cancer patients, wanting to give them hope and motivating them to fight their own cancer battle.

With all of this information in mind, I think it’s safe to say that Boseman himself was a true to life superhero. Not only was he fighting his own battles, he was in a way, a symbol for so many people who previously rarely saw themselves on screen. Whether it was him playing several different historical figures or him playing a beloved comic book character, his presence on screen was taken away from us way too early and he will be deeply missed.

I love the Frida, as an avid movie watcher, it’s great to have a place to go where many classic, cult and underrated films are shown. I had the pleasure of attending “The Decline of Western Civilization” screening with director Penelope Spheres doing a Q&A. Her films are so historically important and impacted me at a very young age. I am forever grateful for the experience, like nowhere else would this be possible. I think it’s truly amazing what the staff and everyone involved is doing for the … END_OF_DOCUMENT_TOKEN_TO_BE_REPLACED

LOVE this theater..OMG. I’ve been here several times now for different events. I’ve attended 2 of the 3 Scott Pilgrim events thrown by Cinemattack. I was even the lucky winner of the Scott Pilgrim album on vinyl. I don’t have a record player..but may as well be a trophy for me because I never win anything! lol. I also attended “The Last Unicorn” event with Peter S Beagle- the author speaking and answering a Q and A afterwards. This was so awesome. I have always loved loved this movie and it was … END_OF_DOCUMENT_TOKEN_TO_BE_REPLACED