Visually and conceptually sophistocated, Space Dogs traces the story of Laika, the first dog in space. Remarkable archival footage recounts the story of his selection, and directors Elsa Kremser and Levin Peter powerfully document the lives of his descendants, offering insight not only into the past and space travel, but also life today on earth. 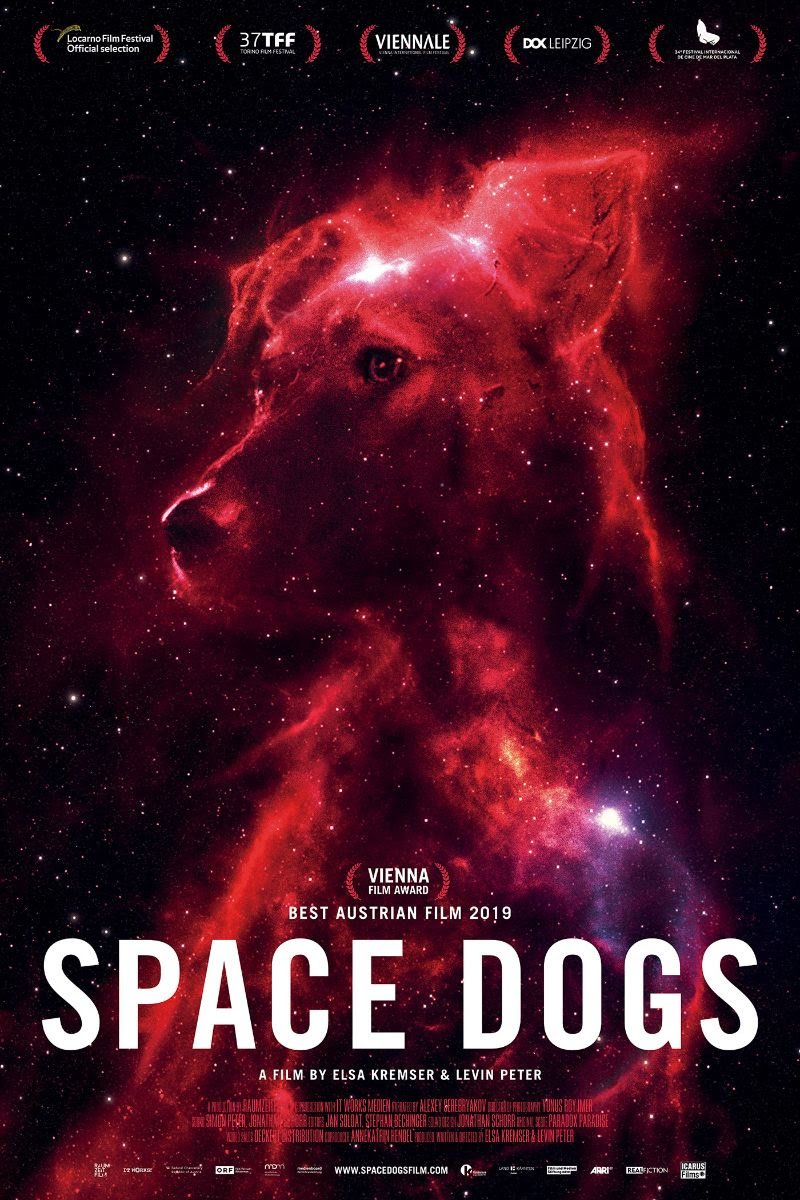 Laika, a stray dog picked up by the Soviet space program on the streets of Moscow, became the first living being to orbit the earth when she was launched into space on Sputnik 2. Although Laika would not survive the journey, directors Elsa Kremser and Levin Peter trace the persistence of her memory and legacy into the present day. As the capsule containing Laika reentered Earth’s orbit and began to burn up, the narrator announces “What had been a Moscow street dog had become a ghost.”

Archival footage of the Soviet space program is interwoven throughout the film, reveling in the bizarre tests and procedures the canines were subjected to in preparation for space travel. The hum of space-age machinery blends seamlessly with the hypnotic drone of the soundtrack, which in turn echoes the alien sounds of the modern city. With stunning cinematography and meditative pacing that recalls the work of Andrei Tarkovsky, Space Dogs is a singular work that decenters humans in order to uncover a forgotten history.

Link to purchase tickets to stream this film in our Virtual Cinema will be available on Friday, September 25th (Thursday at Midnight) until Thursday, October 8th. To purchase and stream, click the button below!

“Brutal but also deeply sensitive; a complex work that got under my skin.” — Film Comment

“No one leaves this movie unchanged.” — Publico

“Radical and rigorous; one of the documentaries of the year.” — Film Idea

I love the Frida, as an avid movie watcher, it’s great to have a place to go where many classic, cult and underrated films are shown. I had the pleasure of attending “The Decline of Western Civilization” screening with director Penelope Spheres doing a Q&A. Her films are so historically important and impacted me at a very young age. I am forever grateful for the experience, like nowhere else would this be possible. I think it’s truly amazing what the staff and everyone involved is doing for the community. They bring the magic of the silver screen without charging you an arm & a leg to attend their special events/screenings. I highly encourage any film lover to check out the Frida, no matter what film you choose, you will not be disappointed! They have an awesome online presence as well (IG, Website) where you can ask any them any questions or view their monthly calendar. They also host local art shows, film festivals showcasing new artists and film-makers. … END_OF_DOCUMENT_TOKEN_TO_BE_REPLACED