Thanks to Kino Lorber, The American Nurse will be streaming for free!

A heart-warming documentary exploring some of the biggest issues facing America — aging, war, poverty, prisons — through the work and lives of nurses, The American Nurse is an examination of real people that will change how we think about nurses and how we wrestle with the challenges of healing America. 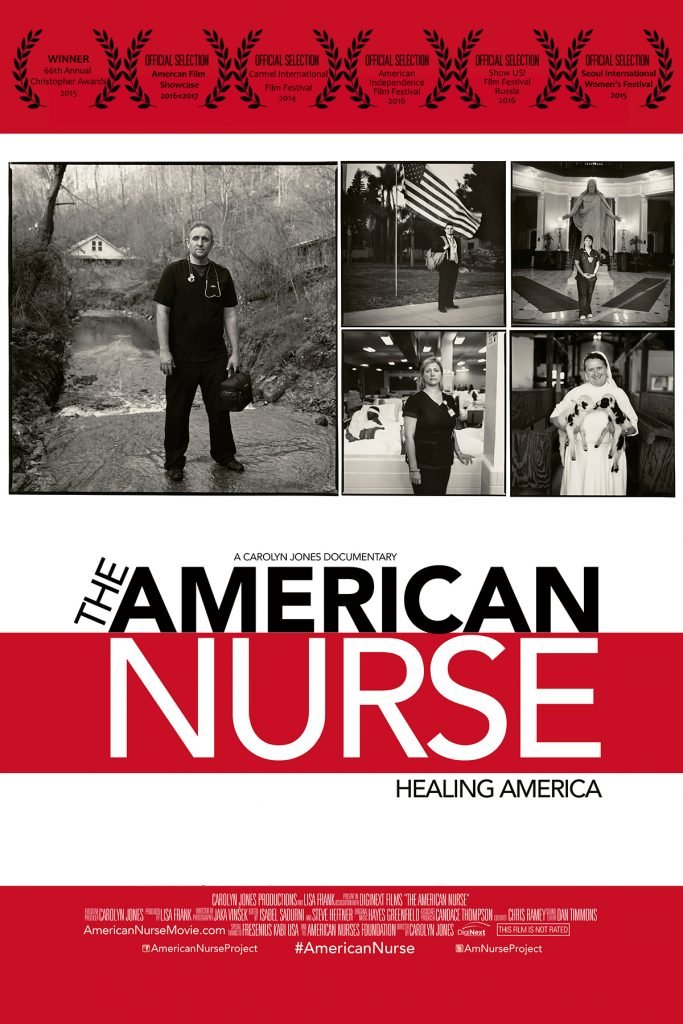 The film follows the paths of five nurses in various practice specialties including Jason Short as he drives up a rugged creek to reach a home-bound cancer patient in Appalachia. Tonia Faust, who runs a prison hospice program where inmates serving life sentences care for their fellow inmates as they’re dying. Naomi Cross, as she coaches an ovarian cancer survivor through the Caesarean delivery of her son. Sister Stephen, a nun who runs a nursing home filled with goats, sheep, llamas and chickens, where the entire nursing staff comes together to sing for a dying resident. And Brian McMillion, an Army veteran and former medic, rehabilitating wounded soldiers returning from war.

THE AMERICAN NURSE is an important contribution to America’s ongoing conversation about what it means to care.

Link to stream the film will be available Friday, April 17th (Thursday at Midnight). To stream FOR FREE, click the ‘Stream Now’ button!

“Some of the stories are quite moving, and in many cases the act of all but giving one’s entire life to this underpaid profession seems to have satisfied a deep emotional need.” — John DeFore, The Hollywood Reporter

“A solid, worthwhile documentary. If the film is workmanlike at times, it is also elegantly cleareyed.”  — Anita Gates, New York Times

“Carolyn Jones’s portrait of five medical caregivers walks us through day-in, day-out sacrifices without ever coming off as sentimental or aggrandizing.” — Heather Baysa, Village Voice

What a hidden gem! I had such a lovely time at a recent showing of Godzilla (1954). This theater is a bit timeworn, yet undeniably quaint and charming with an unconventional feel. And interestingly enough, the audience served as the sweet element of surprise. Those in attendance created an atmosphere of delight, comfort, and personal acceptance… and get this.. there was an actual host who presented a brief preface to the film just prior to viewing. Very collegiate, which I loved!  All in all pe… END_OF_DOCUMENT_TOKEN_TO_BE_REPLACED