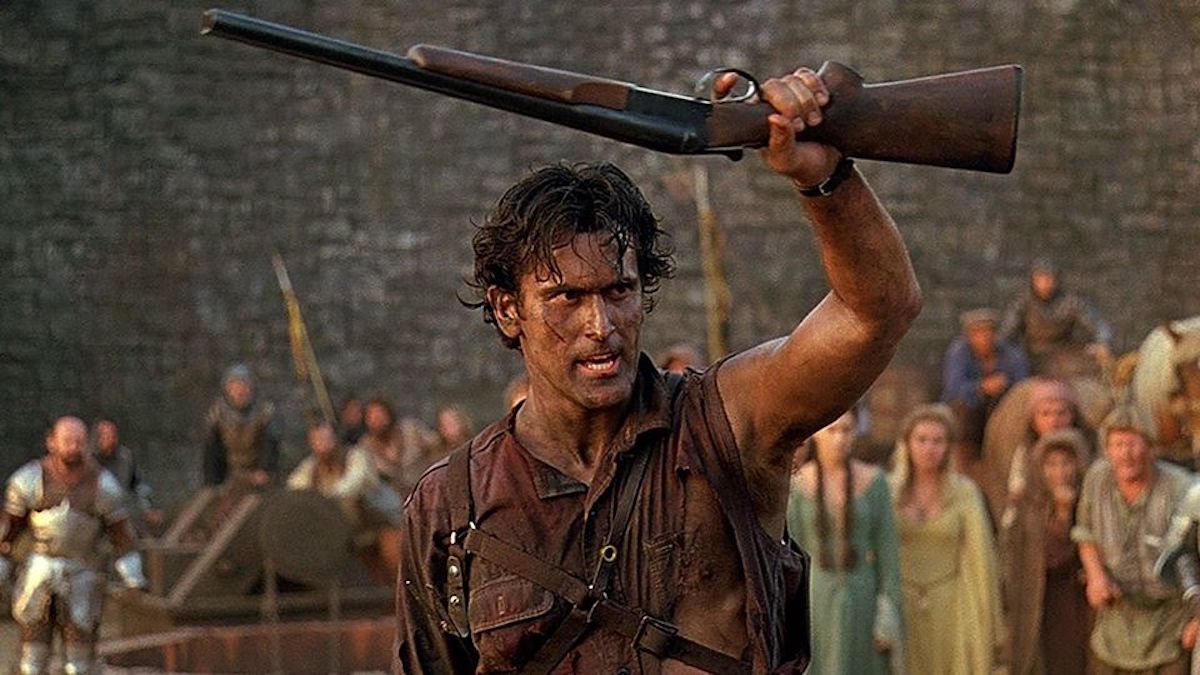 Rev up your chainsaws for Sam Raimi, May’s Director of the Month! Highlighting the alternately horrifying and hilarious films of The Evil Dead auteur, this series features six of his most memorable movies! Kicking off with 2009’s critical and box office hit Drag Me to Hell, the series continues with the retro superhero homage Darkman before wrapping up with a one-night marathon of The Evil Dead, Evil Dead 2, and Army of Darkness. Bound to have you jumping from your seat out of hysteria as much as horror, our Sam Raimi series is the perfect way to end spring with a BOOM!

Loan officer Christine is torn by her stunted career ambitions and uncertain relationship with her boyfriend. Trying to avoid showing weakness at work, she refuses a time extension, which poses the risk of home foreclosure for old Mrs. Ganush. In retaliation, the disheveled Roma woman curses Christine to hell in three days’ time. With the help of her boyfriend and a fortune teller, Christine attempts to stave off the demon spirit trying to doom her to eternal damnation.

In a lab in his apartment, scientist Peyton Westlake (Liam Neeson) works tirelessly on perfecting his creation: artificial skin for burn victims. After running afoul of a powerful local developer though, a group of hitman is dispatched after him, leaving him for dead and horrifically disfigured. Now, using the remnants of his work, Peyton attempts to reconstruct both himself and his relationship, all while seeking out the men who made him the way he is. On this quest for vengeance, however, Peyton undergoes a different kind of change, drifting even further away from the man he once was.

Army of Darkness (which should have been titled The Medieval Dead) kicks off with Ash being captured by Lord Arthur’s men, who suspect him of being a spy. After proving himself a hero, Ash finds out that the only way to return to his own time period is through the Necronomicon Ex-Mortis, which is buried deep inside a haunted forest. By messing up the incantation, Ash has unknowingly united the deadites into an Army of Darkness, which must be defeated before he returns to the present day!