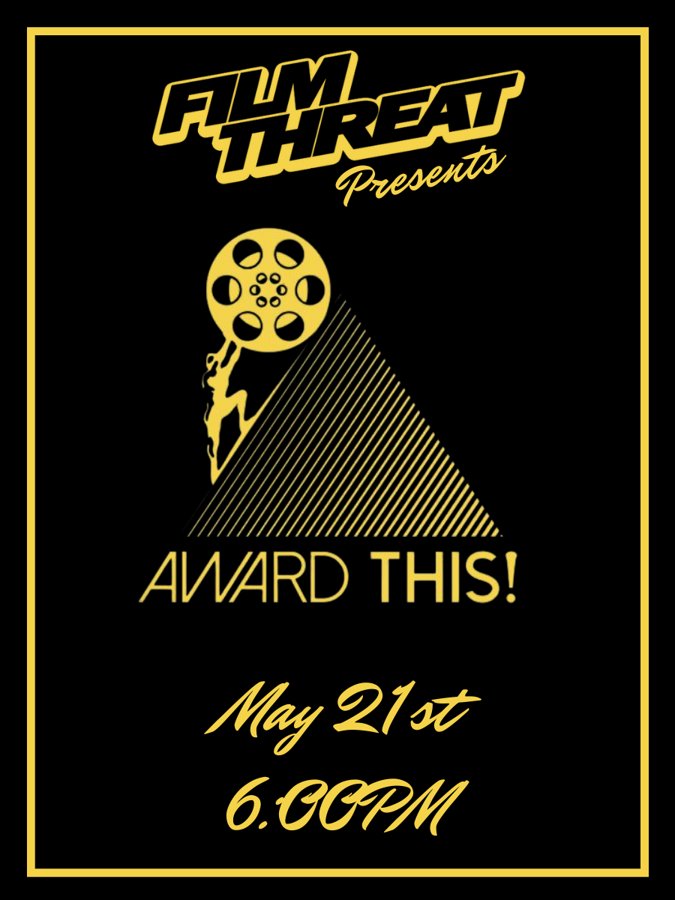 Join Film Threat and the Frida Cinema for a fundraiser supporting independent theaters! Film Threat’s Award This! is an event with a mission — to champion independent films across diverse categories. Film Threat recognizes these indie films each year with a ceremony hosted by actors, comedians and critics.

Walk the red carpet, join us for cocktails and the awards presentation itself. Meet independent filmmakers and the nominees for this years’ event. And every attendee gets a gift bag!

The Award This! nominees were selected from over 2,000 indie films reviewed by Film Threat in 2021 (this year we extended our deadline into the first quarter of 2022 due to the pandemic).

8pm – Award This! Show (Don’t forget to pick up your free gift bag!)

We hope you join us for this very special evening!