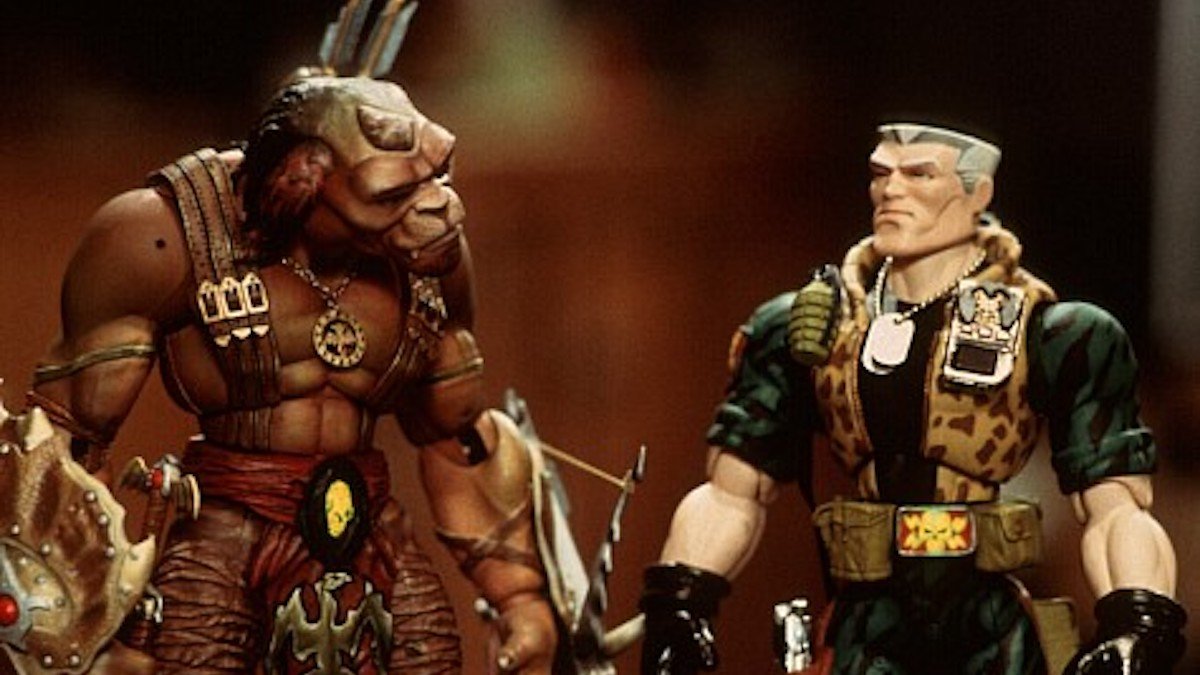 The Frida Cinema is proud to launch its second annual series of enriching film screening + discussion events in partnership with Science on Screen®, a nationwide initiative which supports creative pairings of current, classic, cult, and documentary films with lively introductions by notable figures from the world of science, technology, and medicine.

When teenager Alan (Gregory Smith) buys a set of Commando Elite action figures, he’s unaware that they have been programmed with military technology. The toys, including leader Chip (Tommy Lee Jones), spring to life and start taking their directives seriously, beginning by “killing” their enemies, the toy Gorgonites. But Archer (Frank Langella) and the Gorgonites won’t go down without a fight. Alan gets caught in the middle of the war, as does his neighbor and crush, Christy (Kirsten Dunst).

Following the screening, our audience will be treated to Beyond the Blue and Pink Toy Divide: Gender Division in Toys, a presentation and discussion via Zoom with sociologist Dr. Elizabeth Sweet, whose research on Gender and Children’s Toys has informed recent public policy debates in California and in Australia, leading to a presentation at a White House conference.

With this sublimely stirring fable of desire and creativity, Jane Campion became the first woman to win the Palme d’Or at Cannes, and went on to take home the Academy Award for Best Original Screenplay. Starring Holly Hunter as Ada, an electively mute Scottish woman who expresses her innermost feelings through her beloved piano, and Anna Paquin as Flora, her spirited daughter (both Academy Award-winning performances), The Piano finds Ada and Flora travelling to the wilderness of nineteenth-century New Zealand after an arranged marriage.  After Ada’s piano is discarded by her controlling new husband Alisdair (Sam Neill), she finds herself locked in a battle of wills with both Alisdair and rugged frontiersman George (Harvey Keitel), for whom she develops a forbidden attraction. With its sensuously moody cinematography, dramatic coastal landscapes, and sweeping Michael Nyman score, this uniquely timeless evocation of a woman’s awakening is an intoxicating sensory experience that burns with the twin fires of music and eroticism.

Following the screening, our audience will be treated to Sensuality, Communication, and Healing Through Music, a presentation and discussion with clinical psychologist Dr. Caroline Paltin, who will be discussing her research on the use of music in enhancing life experience, communication, contact with self and others, and trauma therapy.

Embrace of the Serpent: Science on Screen® Screening & Discussion with Dr. Bernard McGrane – May 10th, 7:30pm
Directed by Ciro Guerra | 2015

At once blistering and poetic, the ravages of colonialism cast a dark shadow over the South American landscape in Embrace of the Serpent, the third feature by Ciro Guerra. Filmed in stunning black-and-white, the film centers on Karamakate, an Amazonian shaman and the last survivor of his people, and the two scientists who, over the course of 40 years, build a friendship with him. The film was inspired by the real-life journals of two explorers (Theodor Koch-Grünberg and Richard Evans Schultes) who traveled through the Colombian Amazon during the last century in search of the sacred and difficult-to-find psychedelic Yakruna plant.

Following the screening, we are excited to welcome Dr. Bernard McGrane, Professor of Sociology at Chapman University and founder of the meditation course Ancient Wisdom and Modern Madness—Mind, Self and Society in Tibetan Buddhism, who will be sharing a presentation called Uncertainty: Where existence itself starts to fragment—Sleeping, dreaming, and the science of microdosing, exploring the many themes, symbols, and spiritual investigations that are presented throughout Guerra’s provocative work of art.