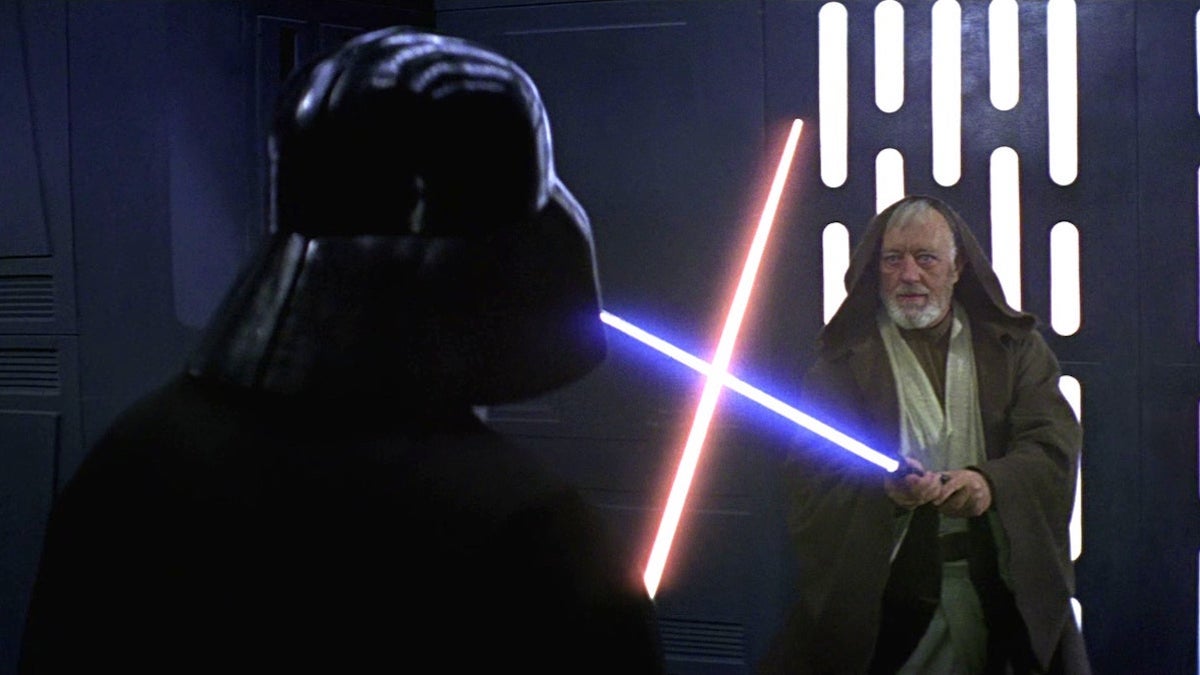 Brace yourself for The Cinematic Experience! A month-long journey through groundbreaking films that redefined the experience of watching movies, this series spans a variety of genres and periods. From 70s sci-fi spectacles to modern, philosophically-minded art films, these are titles as likely to tickle your nostalgia as they are to introduce you to bold new ways of viewing cinema. Just as diverse is the range of directors the series draws from, including such distinct voices as Steven Spielberg, Alfonso Cuaron, and Terrence Malick. Get ready to broaden your cinematic horizons, and may the Force be with you on this epic adventure!

Reaching back to the dawn of creation,The Tree of Life tells a story of boyhood memories on a universal scale. The film charts the coming-of-age of Jack O’Brien in Waco, Texas in the 1950s as he learns to navigate the extremes of nature and grace represented by his bitter, often tyrannical father (Brad Pitt) and his ethereal, nurturing mother (Jessica Chastain). As an adult, Jack (Sean Penn) wrestles with his disillusionment and the origins and meaning of life.

Nineteen years after the formation of the Galactic Empire, Luke Skywalker is thrust into the struggle of the Rebel Alliance when he meets Obi-Wan Kenobi, who has lived for years in seclusion on the desert planet of Tatooine. Obi-Wan begins Luke’s Jedi training and the two meet Han Solo, a space pirate motivated more by money than morality. Together, they embark on a daring mission to rescue the beautiful Rebel leader Princess Leia from the clutches of Darth Vader and the evil Empire.

Opening in prehistoric times, 2001: A Space Odyssey jumps from early man’s discovery of a strange monolith and subsequent development of weaponry to hundreds of thousands of years into the future when humanity has mastered space travel. As the rest of their crew rests in hibernation, scientists Dave and Frank lead a mission to Jupiter to retrieve a mysterious ancient artifact, accompanied by sentient computer system HAL 9000. When HAL’s intellect and ego are challenged, the journey takes an ominous turn as the craft races closer to its cryptic destination.

After the destruction of the Death Star, Imperial forces continue to pursue the Rebels. After the Rebellion’s defeat on the ice planet Hoth, Luke journeys to the planet Dagobah to train with Jedi Master Yoda, who has lived in hiding since the fall of the Republic. In an attempt to convert Luke to the dark side, Darth Vader lures young Skywalker into a trap in the Cloud City of Bespin.

Set in a dystopian Los Angeles in 2019, synthetic humans known as Replicants are bioengineered by the powerful Tyrell Corporation to work essentially as slaves on off-world colonies. When a fugitive group of replicants led by Roy Batty (Rutger Hauer) escape back to Earth, burnt-out police officer and “Blade Runner” (a special force assigned to terminate Replicants) Rick Deckard (Harrison Ford) reluctantly agrees to hunt them down. During his investigations, Deckard meets Rachael (Sean Young), an advanced replicant who causes him to question the morality of his work

Making full use of his mastery of cinematography and editing to place the viewer in a chaotic world gone mad, Cuarón’s film takes place in 2027 London, a not-so-distant future where the planet has been hit with a crisis that spells certain extension for humanity – a sudden worldwide infertility. When Theo (Clive Owen), a former resistance fighter who lives his life mourning those he lost as the world lost its humanity, is contacted by his former lover and still-active revolutionary Julian (Julianne Moore), he reluctantly agrees to see her – and stumbles upon a development that may hold the key to the human race’s survival

In the epic conclusion of the saga, the Empire prepares to crush the Rebellion with a more powerful Death Star, forcing the Rebel fleet to take major countermeasures. Assembling a massive attack on the space station, the Rebels also send a team to the planet Endor to ally with the native Ewoks and take out the shield generator protecting the Empire’s deadly weapon. Meanwhile, Luke Skywalker confronts Darth Vader in a final climactic duel before the evil Emperor.

During a mysterious blackout, Indiana family man Roy Neary (Richard Dreyfuss) has a strange encounter with loud, colorfully-lit UFOs. Shaken by the experience, he finds himself unable to return to normal life and becomes obsessed with a recurring mental image of a flat tower-shaped object. All the while, authorities scramble to document similar incidents across the world and determine what message – if any – is being relayed to humanity.